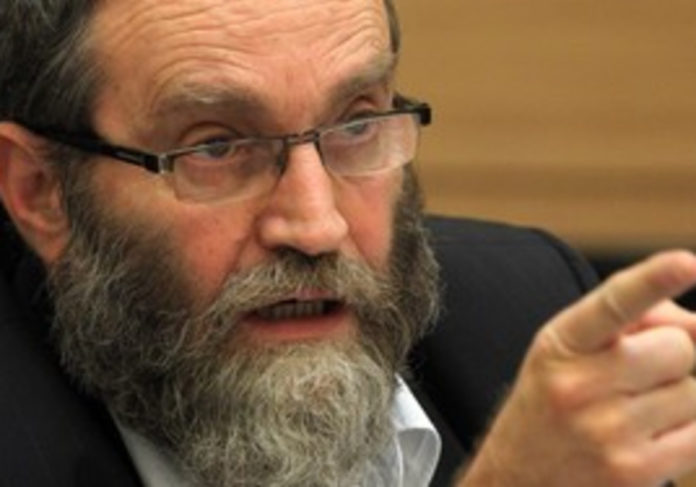 MK Moshe Gafne is not sitting by quietly as the Jerusalem Municipality is expected to evacuate the Talmid Torah Sanhedrin building to accommodate the Old Beis Yaakov High Seminar, as the latter is suffering from severe overcrowding. Rabbonim however reject the plan, stating a solution for a Beis Yaakov cannot be at the expense of a talmid torah.

In an interview with Kikar Shabbos News, Gafne discussed the issue and the city’s plan, stating emphatically he would not permit City Hall to oust the talmidim. “If Barkat tries to evict them he will have to evict me together with them” he added.

It appears an understanding has been reached between the city and the principal of the Seminar, Rabbi Yisrael Levin, by which the talmid torah will be evacuated to permit it to serve the Beis Yaakov because they are short on space for hundreds of girls next year.

Despite Gafne’s threats, the city has informed the school that is would not be available to the talmid torah next year and for the time being, an alternative venue has not been found.

Officials of the talmid torah explain they cannot understand how the city can simply oust 300 students without offering a different site, adding clearly the mayor continues to hold empty buildings that serve the dati leumi community while the chareidi community is choking for space.

Chinuch Atzmai has also signaled it may strike if the city ousts the talmid torah without finding a new solution for the 300 talmidim.