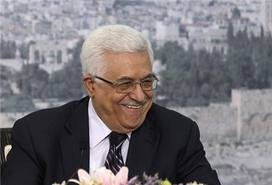 The Levy Committee report addressing the legality of yishuvim and outposts in Yehuda and Shomron is being called “a joke” by PA (Palestinian Authority) officials.

PA Chairman Mahmoud Abbas (Abu Mazen) called on Prime Minister Binyamin Netanyahu to halt all construction in yishuvim and to release prisoners to permit a return to the negotiating table. Abu Mazen called the report “a foolish fabrication of fools”.

In essence, the PA is correct for there is no reason to recognize these liberated areas. In June 1967 HKBH handed Israel major portions of the Biblical homeland, but since then, governments lacking emunah in Hashem have negotiated and traded away portions of Eretz HaKodesh as if it was theirs to give away. Terms used to define Yehuda, Shomron and in the past Gaza included “West Bank”, “territories”, and “occupied lands” so in actuality, it was Israel that sold these concepts to the United States and the international community, now well engrained in the history books as “Israeli occupied”. It was Israeli leaders who feared to annex Yehuda, Shomron and Gaza as part of Israel, and Yitzchak Rabin who floated the trial balloon with Syria, signaling even the Golan Heights is negotiable. It was Menachem Begin who handed over Yamit to the Egyptians, Binyamin Netanyahu who gave away part of Hebron, and Ariel Sharon who expelled Jews from Gaza. The rest is history, as if such acts are Heavenly decrees forced upon us.

The same holds true regarding the fictitious entity calling itself the “Palestinian people”, when it is known to anyone who attended a Bible class that the real Palestinians are the Jews – the only nation with a claim to Eretz Yisrael. The lack of emunah by Israeli leaders over the years accompanied by their secularist agendas has given birth to today’s PA and Islamic claims to Har HaBayis, as if there is validity to such claims chas v’sholom.

Once again, it was the successive secular leaders of Israel who dared to give legitimacy to terrorists. When the late Yitzchak Rabin and Shimon Peres decided to move ahead with Oslo back in the early 1990s, America regarded then PA leader Yasser Arafat a terrorist, which he was. The man who brought airplane hijackings to the world, the murderer of Leon Klinghoffer HY”D and the Munich Massacre became a prestigious member of the international diplomatic community, compliments of Israel. The White House had to remove Arafat YS”VZ from America’s terror list.

Today, Israel continues to refer to Abu Mazen as the “moderate peace partner” and prefers to permit his suit-and-tie exterior mask his real identity, the man who earned a doctorate by writing a thesis denying the Holocaust as well as being the man who arranged the financing for the Munich Olympic massacre.

While the Levy Committee recommendations are genuine, applauded by those who cling to Eretz HaKodesh, the document is likely to take a place on the shelves alongside many other reports, including those released by state comptrollers citing widespread government corruption in many areas.