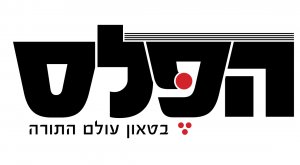 A number of weeks after the split between the new and old directors of the Israel Hebrew Yated Ne’eman, the first edition of HaPeles appeared on newsstands on erev shabbos, 23 Tammuz 5772. (Peles in Hebrew is a level, like the tool used by carpenters and other craftsman).

The first edition is 16 pages and there are articles from former Yated notables including Y. Gefen and S. Wasserman.

The directors of the new Yated are optimistic and have released statements that they have already subscribed thousands of clients, although this is being disputed by Yated employees.