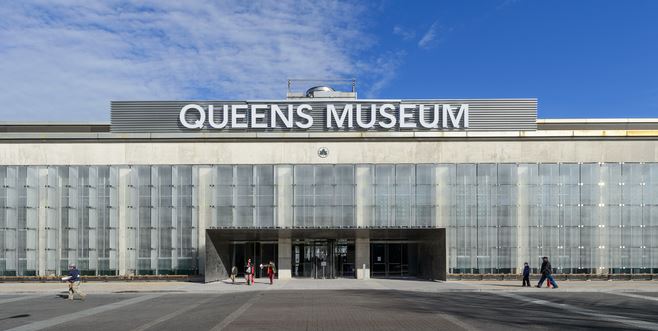 The Queens Museum, which had agreed to host a reenactment of the United Nation’s 1947 vote for the establishment of the State of Israel, has informed the Israeli Mission to the UN that it will not do so after all.

UPDATE: Following criticism, the museum has reversed it decision and will host the event

Currently a museum, the building once housed the UN headquarters, and it’s main gallery was the venue for the historic UN General Assembly Resolution 181 recommending the establishment of the Jewish state in the Land of Israel.

The event, initiated by Israel’s Ambassador Danny Danon, was scheduled to coincide with the 70th anniversary of the decision on November 29, 2017. Danon’s team planned to celebrate the UN’s decision in the original hall where the vote was held, redesigned to appear in its original state. Preparations for the event commenced with the senior UN officials, ambassadors and key dignitaries from around the world receiving invitations, and over a dozen pro-Israel organizations deciding to partner with the Israeli Mission.

In June, Queens Museum President and Executive Director Laura Raicovich informed Israel’s Mission to the UN by email that they had reserved the appropriate hall and were looking “forward to a wonderful and meaningful event in its natural setting.”

Just this week, as word of the event became public, the very same Museum Director Raicovich expressed concern about feedback they received from “Palestinian friends of the museum.”

After weeks with no communication with the Israeli Mission, Raicovich notified Ambassador Danon that she was reversing the decision. In her note, Raicovich cited a board decision not to hold a “political event.”

The Queens Museum belongs to the City of New York and is defined as a “public museum”.

Making matters worse, an investigation by Danon’s staff discovered Raicovich has a significant Anti-Israel connection. She is the editor of a book entitled “Assuming Boycott: Resistance, Agency and Cultural Production.” In its description of the book, the publisher states that “Boycott and divestment are essential tools for activists around the globe.”

In the book, Raicovich included an essay entitled “Boycott, Divestment, Sanctions: Reasons to Support BDS,” which justifies and endorses the movement’s actions against Israel.

“We will not accept this blatant discrimination against the State of Israel and we will not let this decision stand,” said Ambassador Danon in a statement. “Celebrating the momentous decision of the UN recognizing the right to a Jewish state in our homeland is not a political event, but rather an expression of the historical and legal rights of our people,” the Ambassador continued.

“It is unacceptable for BDS activists to single out Israel and ban our event,” the Ambassador added.

Danon concluded by calling on the Board of Directors of the Queens Museum to immediately dismiss Raicovich from her position and honor their commitment to hold the event this fall.

Simanowitz and Lancman went further, echoing Ambassador Danon’s call for the Board of the Queens Museum to immediately remove President and Executive Director Laura Raicovich from her position. They also called on the New York City Human Rights Commission to investigate this decision as a violation of Title 8 of the NYC Administrative Code, also known as the City Human Rights Law. They said “this decision by the Museum, a public accommodation, represents a discriminatory refusal to provide full and equal enjoyment of its services based on religion and national origin, both protected classes under the law, as well as an unlawful boycott.”

You can read statements by Meng, Stringer, Simanowitz and Lancman, and Crowley attached below.

Dear Ms Raicovitch
The Queens Jewish community is appalled to learnethat the Queens Museum has succumbed to pressure from outsiders to cancel an event to mark the reenactment of the declaration of Israel as a state in 1947.
The cancelation of an event so dear and historic to us is an affront to Jews and people of good will everywhere. We are very proud of our connection to the museum and have made it our business to visit regularly. I was born and raised here in Queens. It is painful to see that you would cave to a mean but vociferous anti-Israel and Anti-Semitic group. This is not the America and certainly not the New York City that we grew up with.
I ask that you reconsider this mistaken and damaging decision immediately. 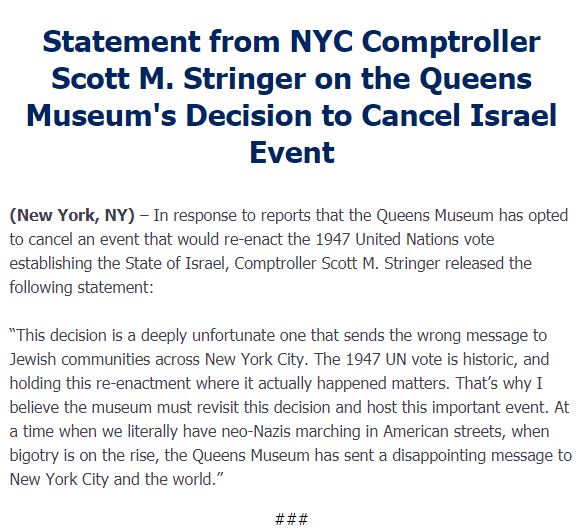 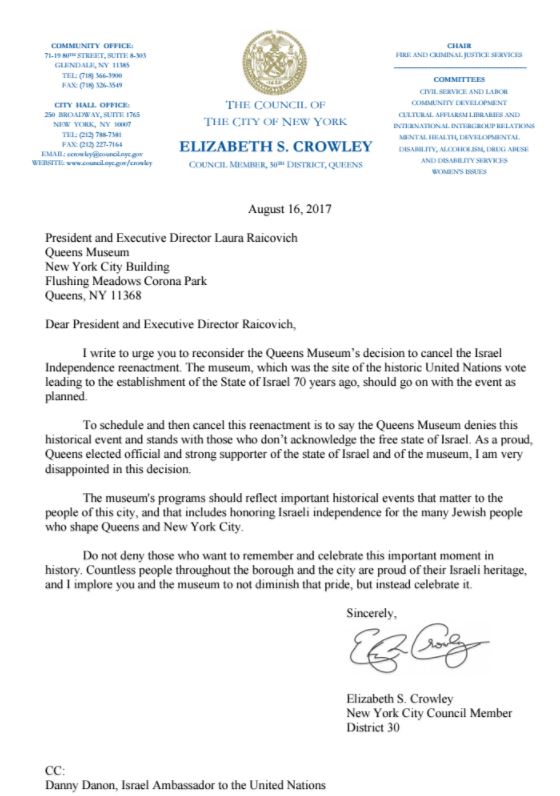 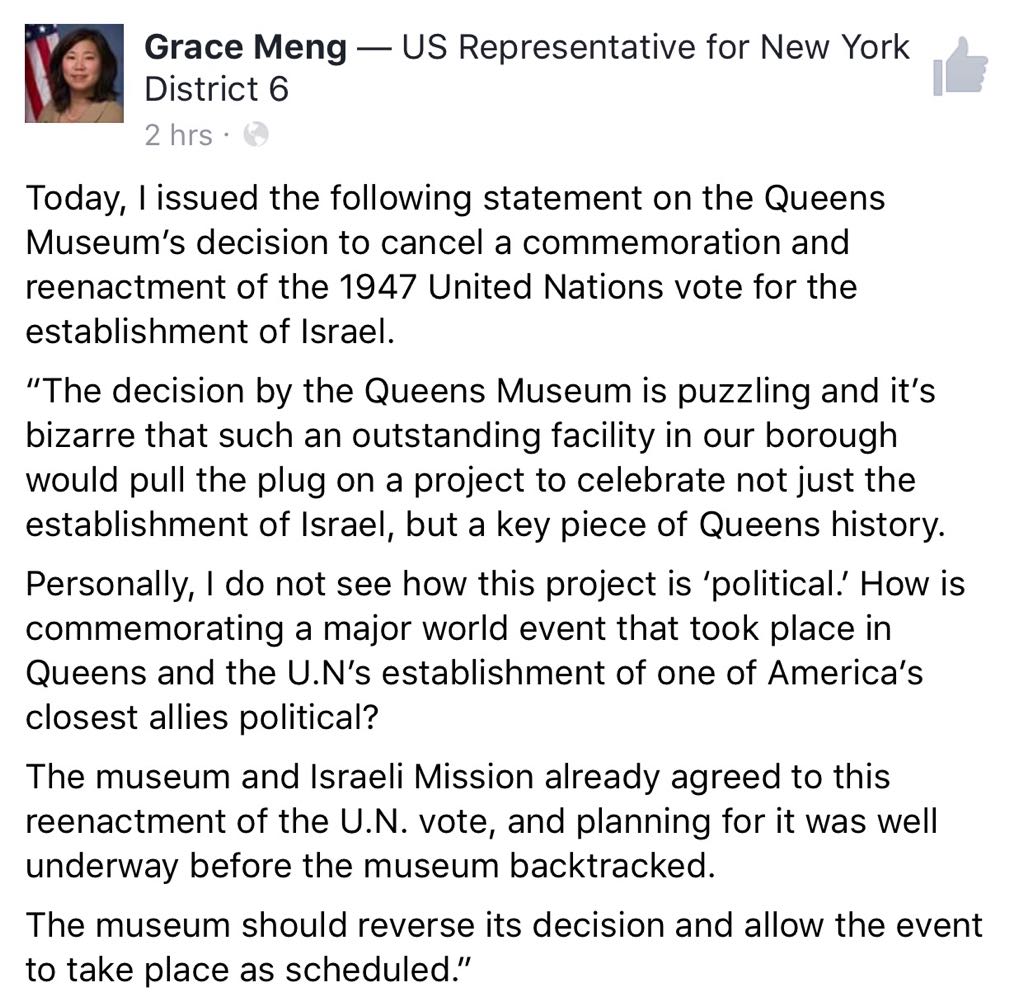