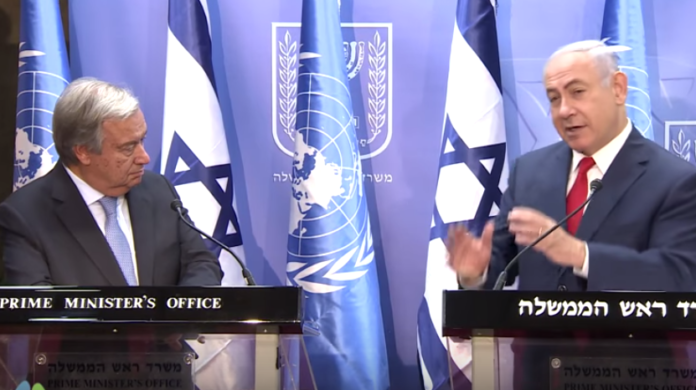 Prime Minister Netanyahu explained, “Iran is busy turning Syria into a base of military entrenchment and it wants to use Syria and Lebanon as warfronts against its declared goal to eradicate Israel. It is also building sites to produce precision-guided missiles towards that end in both Syria and in Lebanon.

Met with UN Sec Gen @antonioguterres. The UN has an absurd obsession with Israel. The time has come to restore moral clarity at the UN. pic.twitter.com/uSZtdHqVvJ