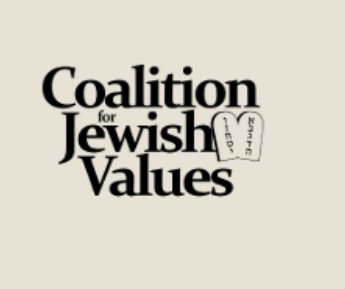 The Coalition for Jewish Values, a public policy institute representing hundreds of Orthodox Rabbis, today rebuked Jewish clergy who publicly announced their refusal to participate in an annual conference call with the President preceding the Jewish High Holy Days. Rabbis from four liberal Jewish organizations said last Wednesday they would not hold the annual call with the president, claiming that his response to racist violence in Charlottesville was “lacking in moral leadership and empathy.”

The CJV noted that the Union for Reform Judaism was recently identified as the most consistently liberal American religious denomination in a survey of the party registration of religious leaders — and suggested that Reform and associated clergy were judging Presidents by a double standard. Rabbi Aryeh Spero, a Senior Rabbinic Fellow of the CJV, dismissed the Rabbis’ statement as “left-wing politics masquerading as rabbinics.”

“For eight years,” his colleague Rabbi Dov Fischer explained, “these rabbis raced to participate in New Years’ phone calls with a President who worked vigorously against Israel, snubbed and shamed its democratically elected leader, and who called Jewish homes in the Jewish homeland ‘illegal.’ They have not suddenly found their consciences. Is liberalism more important to them than Judaism?”

The CJV also challenged the claim of liberal Jewish leaders to represent Jewish rabbinic opinion. “Despite their arrogated prominence,” said Rabbi Avrohom Gordimer, also a Senior Rabbinic Fellow of the CJV, “the liberal denominations now represent a minority of Jewish clergy. The great majority of American rabbis revere Jewish tradition, including our responsibility to show respect for government officials and to work amicably with them for the physical and moral betterment of all.”

“President Trump has proven himself a great friend of Israel and the Jewish People,” he concluded. “Any rabbi should be honored to receive High Holy Day greetings from the leader of the free world, especially when we owe him thanks for the many things he has done on our behalf.”

The Coalition for Jewish Values (CJV), directed by prominent rabbinic leaders and representing hundreds of rabbis across North America, articulates an authentic Jewish perspective on current events, and promotes Jewish values through writing and teaching derived from traditional Jewish thought.