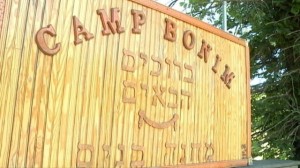 The following article is from CNN, and is currently on their homepage: (ABC is also reporting this story)

Three adults and two juveniles were arrested Wednesday for allegedly terrorizing a Jewish camp in Pennsylvania.

The group also allegedly used paintball guns to shoot Jewish campers and staff, hitting one 18-year-old camper leaving a synagogue, according to the complaint.

Authorities allege members of the group also shouted anti-Semitic slurs at campers and staff, such as “I’m gonna kill you, you (obscenity removed) Jews.”

(Other slurs removed by YWN)

Several campers told police they “were scared for their lives” when the pickup truck sped through the camp, the complaint said.

“The vicious, cruel and obscene nature of the language hurled at the campers is unspeakable,” Wayne County, Pennsylvania, District Attorney Janine Edwards said in a statement. “Luckily none of the children suffered any serious physical injury; however, the emotional damage done is immeasurable. This is outrageous conduct and will not be tolerated.”

Spencer, Trail and Robertson have been charged with several felonies and misdemeanors, including ethnic intimidation, terroristic threats, recklessly endangering another person and institutional vandalism.

Spencer, of Linden, Tennessee, was charged previously with aggravated assault in a hit-and-run case. He allegedly hit a camp counselor with his pickup truck before fleeing on July 16.
Juvenile petitions were also filed against the two alleged accomplices, a 17-year-old and a 16-year-old.Spencer’s bail has been set at $200,000. Bail for Trail and Robertson, who are from Wayne County, has been set at $20,000 each.