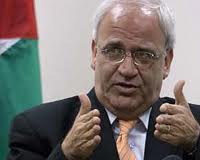 The GOP nominee in his visit to Jerusalem stated he remains committed to moving the American Embassy from Tel Aviv to Jerusalem, which Israel views as her capital html, adding the PA (Palestinian Authority) does as well and this issue would have to be worked out at the negotiating table.

The fear of a PA (Palestinian Authority) and Islamic community backlash is a major reason that successive US presidents have skirted moving the embassy since the law was passed in the US in 1995. The pro-Israel atmosphere and statements made by Roni alarmed Erekat and his PA cohorts, who for many years have set their sights on Jerusalem and the capital of a Palestinian state, working tenaciously to delegitimize Israel’s claims to the city.