The drama surrounding Rabbi Berland continues, if he will in fact be granted permission to go to Uman this year.

[UPDATE: Rabbi Berland Departs To Uman After Being Granted Parole]

It was first reported that due to his difficult illness, Rabbi Eliezer Berland would be permitted to fly to Uman for Rosh Hashanah, to be mispallel at the tziyun of Rav Nachman ZT”L. The Rabbi was compelled to leave 740,000 shekels in bail to guarantee his timely return.

When authorities learned that he would be boarding a private jet to Uman on Monday, 27 Elul, they intervened and prevented him from taking off, pending a court review of the Prison Services parole board decision.

He then returned to the court, which finally granted him permission to leave – but has given one of his victims the right to stop him by appealing to the High Court, until midnight.

Should the High Court not intervene, Rabbi Berland will be on his way at midnight to Uman.

See the following document which is an approval by the Ukrainian Police for the arrival of Rabbi Berland: 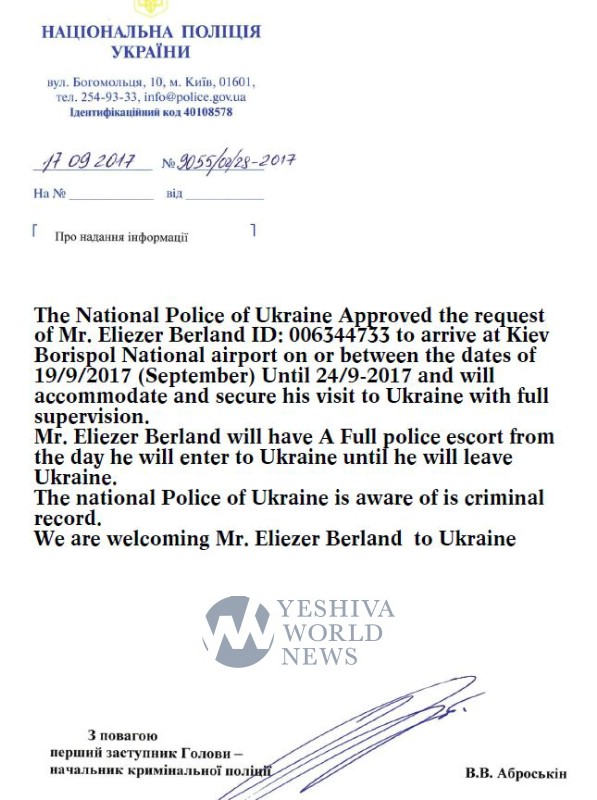