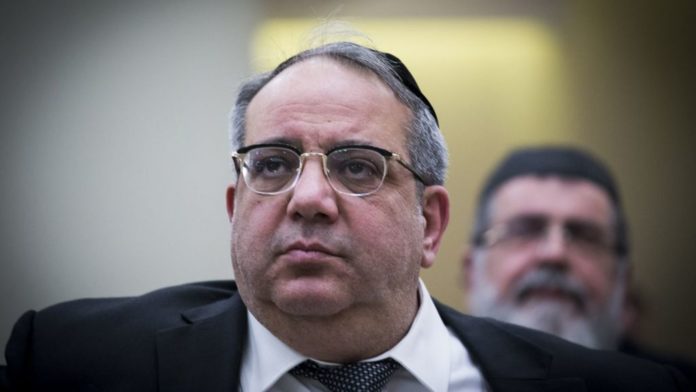 By now, it is clear to all, that attending the toeiva wedding of a nephew months ago is what cost Yigal Guetta his Member of Knesset seat.

It later became clear that Shas’ Moetzas Gedolei Hatorah was not consulted, and the person behind the decision to oust Guetta was Rabbi Yaakov Cohen, a son of HaGaon HaRav Shalom Cohen Shlita. This represents a major accomplishment by the younger Cohen, succeeding in ousting an MK without even convening the Moetzas Gedolei Torah, signaling the strength he carries in the party.

Things being what they are, persons continue trying to apply pressure nonetheless, seeking to reverse the gezeira but it is now clear the decision was made and Guetta’s days in Knesset as a representative of Shas are over.

Following Guetta’s resignation, Shas is represented by Yaakov Margi, Yoav Ben-Tzur, Itzik Cohen, David Azoulai, Michael Malchieli and Meshulam Nahari. Aryeh Deri, who serves as a minister, is not a Member of Knesset. Nahari on Monday, 27 Elul, resigned as Deputy Interior Minister and from the Ministry of the Galil & Periphery to take Guetta’s MK slot.

Kikar Shabbos reports Guetta’s family is disappointed with Shas leader Aryeh Deri, pointing out how Yigal was there for Deri in his time of need, placing his political future on Deri without guarantees and this is how his (Yigal’s) political career ends.