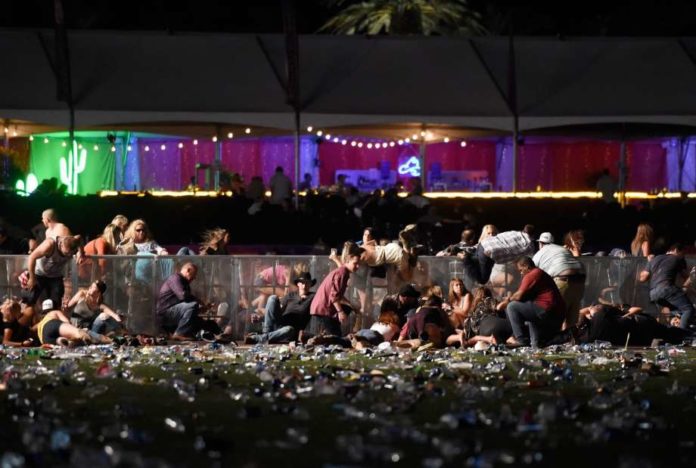 Please say Tehillim for Chana Rochel bas Sara who is among the victims in the Las Vegas massacre.

Sources confirm to YWN that she was shot in the face and is awaiting surgery.

Additional details about this victim will be published when available.

As YWN has been reporting, a gunman perched on the 32nd floor of a Las Vegas hotel-casino unleashed a hail of bullets on an outdoor country music festival below, killing at least 58 people as tens of thousands of concertgoers screamed and ran for their lives, officials said Monday. It was the deadliest mass shooting in modern U.S. history.

515 others were hurt and taken to the hospital, authorities said.

SWAT teams using explosives stormed the gunman’s hotel room in the sleek, gold-colored glass skyscraper and found he had killed himself, authorities said. He had as many as 10 guns with him, including rifles, they said.

There was no word on a motive for the Sunday night attack. But a law enforcement official, speaking on condition of anonymity to discuss the still-unfolding investigation, said there was no immediate indication it was connected to international terrorism.