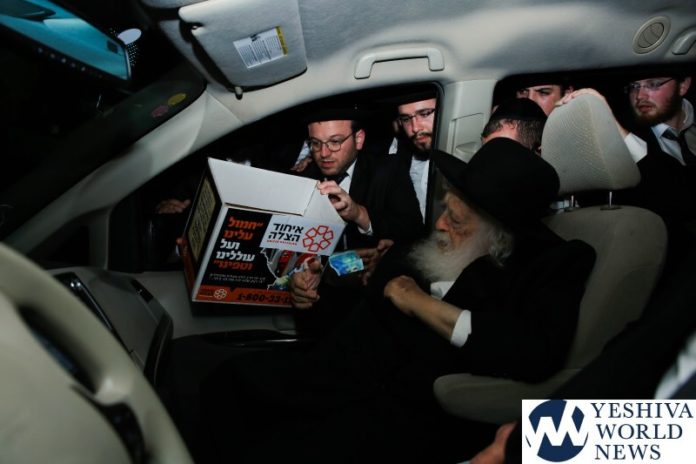 In a moving surprise visit by HaGaon HaRav Chaim Kanievsky Shlita, the leaders of United Hatzalah were honored to welcome the great sage for a short visit to the organization’s national headquarters in Jerusalem and to receive a blessing for all of the volunteers of the organization.

The visit took place on Sunday evening, while Rabbi Kanievsky was on a trip to Jerusalem to be mispallel at the Kosel. The leaders of United Hatzalah were surprised to learn that Maran Kanievsky intended to come to strengthen and praise the organization for its prolific life-saving work. HaRav Kanievsky mentioned that since the mission is so close to his heart, he made a point to come on his brief visit to the city.

“It was a very big honor to have HaRav Chaim Kanievsky Shlita visit United Hatzalah and give the organization accreditation and blessings,” said President and Founder of the organization Eli Beer. The arrival of Rav Kanievsky to the city brought with it a lot of fanfare and energy amid his followers. In spite of the sheer pressure of the masses that crowded around Rav Kanievsky’s vehicle Beer together with the organization’s CEO Moshe Teitelbaum, made their way over to the Maran’s car and spoke to the great sage about the importance of the building as a flagship for the holy work done by the thousands of dedicated volunteers who save lives every day across Israel.

Rabbi Kanievsky blessed them and the volunteers wishing them success in their endeavors in saving lives and a new year. He then reached into his pocket and donated 200 NIS to the organization’s work, a symbolic gesture that was meant to inspire others to donate and help save lives. At Beer’s request, he then blessed all of the organization’s donors and those who support life-saving efforts in Israel. 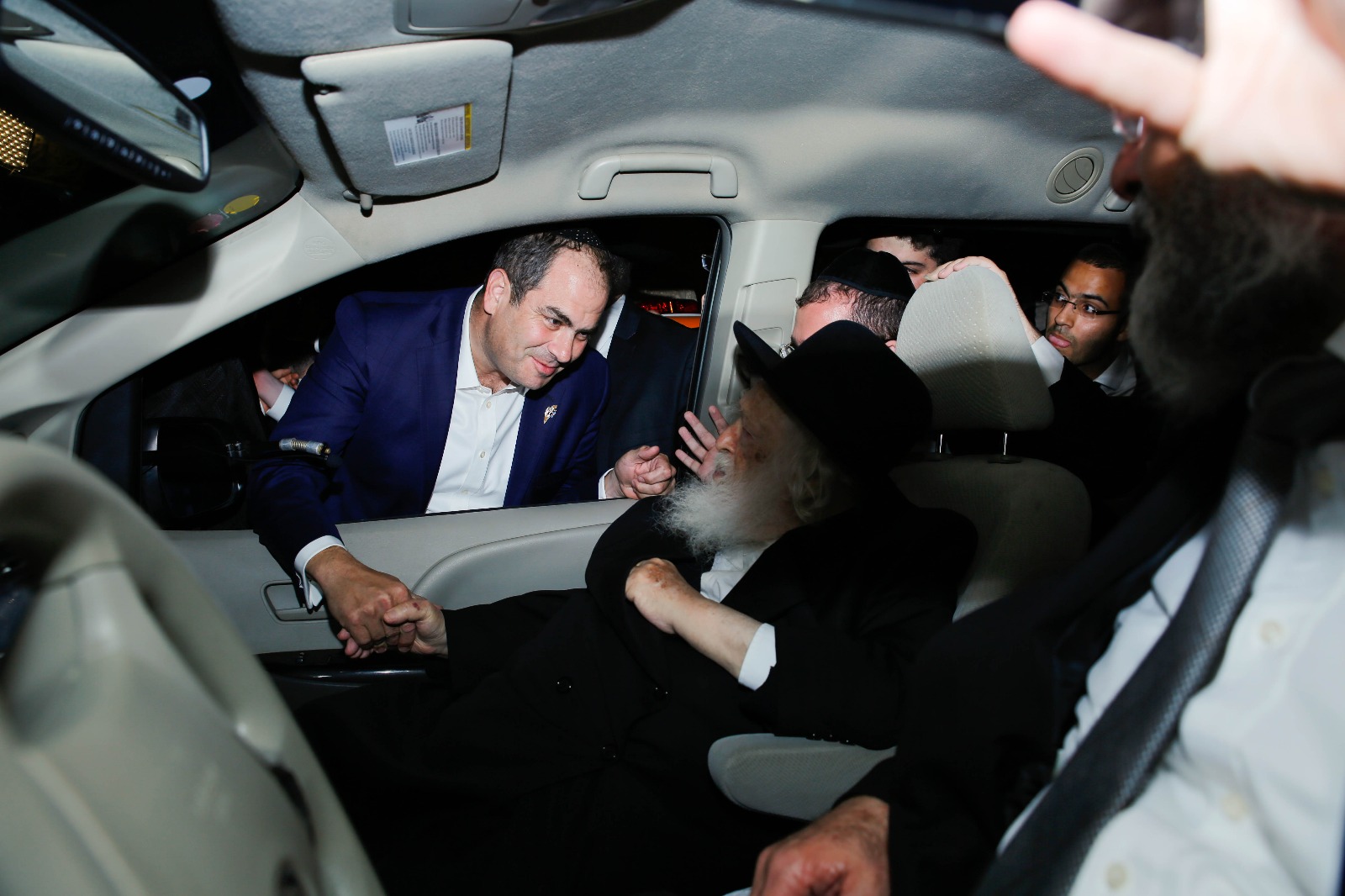 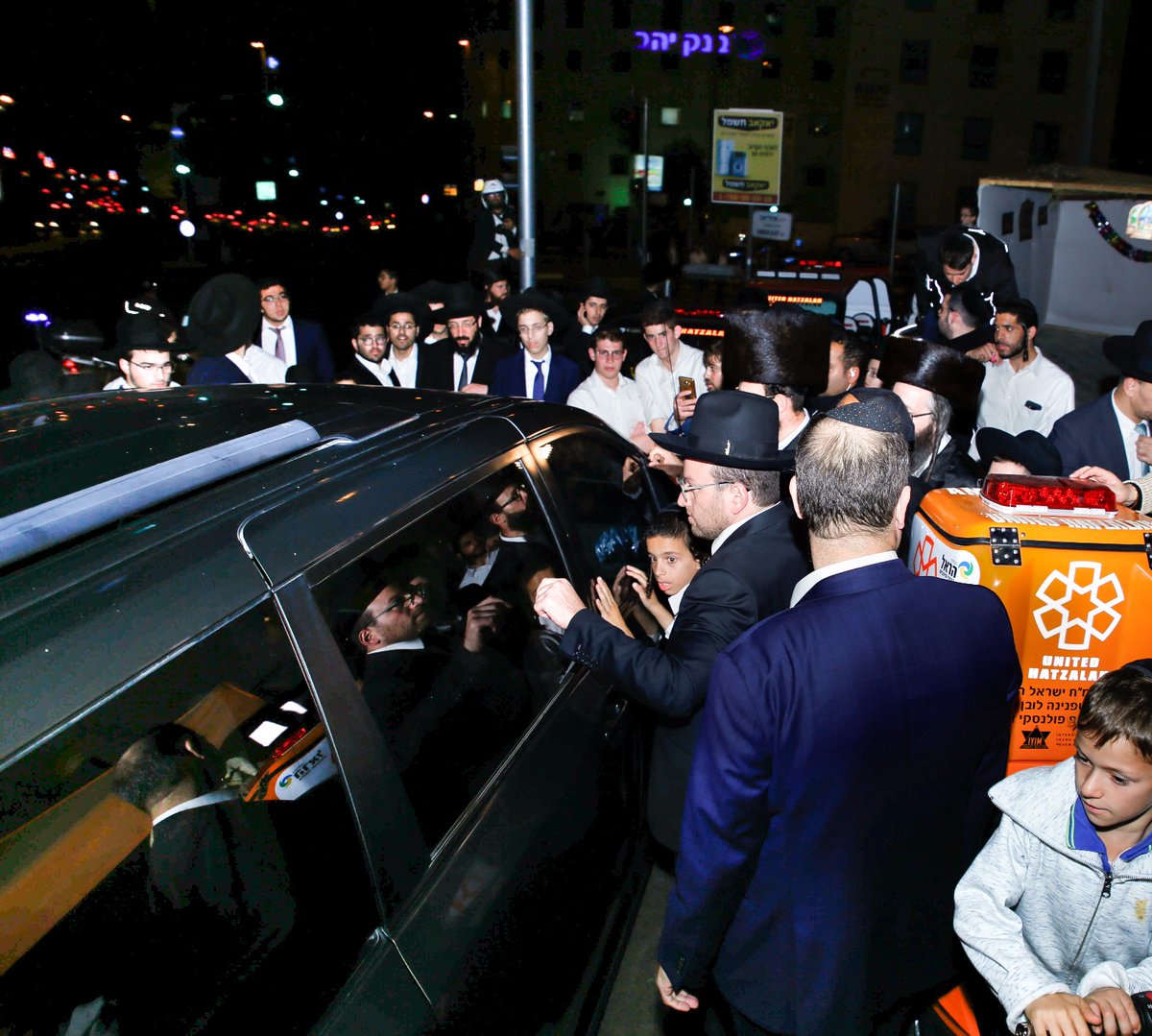