Erev Shabbos, late Friday afternoon, a young Chareidi woman was moderately injured in a serious car accident on Golda Meir Boulevard in Jerusalem. In addition to the young woman, a young boy and two others were lightly to moderately injured. All of the injured were treated on scene by United Hatzalah and Magen David Adom EMS personnel.

The accident took place between two private vehicles. A Chareidi man was driving one and the other was being driven by a Chareidi family. The two vehicles collided for a reason that is unclear.

MDA EMTs, Danny Dubinki and Yoni Fogel from Ramot reported: “When we arrived at the scene we found two cars that from all apparent signs at the scene sideswiped each other. We treated four people in the field two of whom were children who were lightly to moderately injured. All four people were taken to hospital for further treatment.” 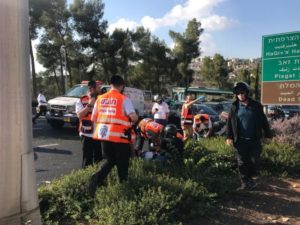 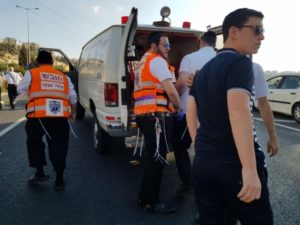 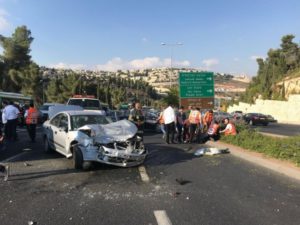