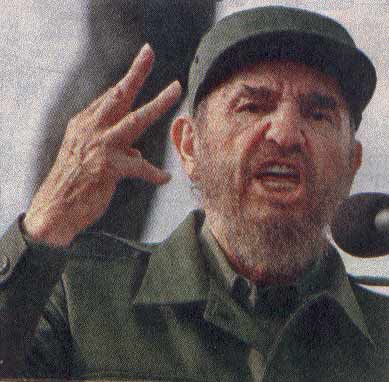 Former Cuban leader Fidel Castro suffered a cerebral hemorrhage and his state of health is so precarious that he has trouble feeding, speaking and recognizing people, said a Venezuelan physician who assured El Nuevo Herald that he has access to firsthand sources and information.

“He suffered an embolic stroke and recognizes absolutely no one,” said José Marquina, a respected doctor who in the past has claimed to have direct information about the illness affecting President Hugo Chávez of Venezuela.

“The people with a condition of this nature have difficulty eating and, of course, they end up with total deficit in their neurologic capacities.”

Rumors about Castro’s health have circulated consistently in social networks and the media. But the speculations intensified recently, to the point that word spread that he had died and that the Cuban government would make an official announcement to that effect.

Castro was last seen in public in March. Since June, he has not written his opinion columns, called “Reflections.” He did not send any message or congratulation to Chávez for his recent election victory.