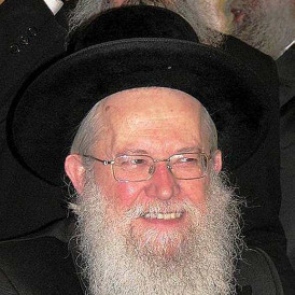 As a coalition excluding chareidi parties is all but a certainty at present, the Slonimer Rebbe Shlita spoke out on Shabbos on Bayit Yehudi leader Naftali Bennett, saying “The Sitra Achra has taken hold of him.” The rebbe is a member of the Moetzas Gedolei Yisrael of Agudas Yisrael.

“There are those who have chosen to enter into a damning alliance” the rebbe said during Seudas Shlishis tisch, “and we must know that have not done so by themselves, but that the Sitra Achra has taken hold of them for it this is not so, there is simply no explanation.”

The rebbe then gave a parable using chess, explaining “anyone knows that the king and pawns do not move by themselves, but someone must move them. As is the case here, someone is moving him.”

“They are miseries and we must daven for them for on the other hand we must realize know one will succeed in harming those involved in limud Torah.”

Chassidim explain that the rebbe was deeply pained and cried out during the 2005 Disengagement Plan, the uprooting of Jews from their homes in Gaza and N. Shomron, and today, he is equally as pained by the betrayal by the dati leumi tzibur.