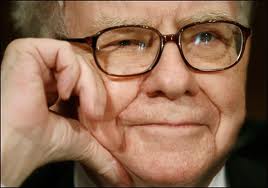 But Buffett said at Saturday’s meeting that he doesn’t expect the newspapers to generate enough profits to make much difference to Berkshire.

Buffett says Berkshire has paid cheap enough prices for the newspapers it has purchased that he expects them to deliver 10 percent returns every year, but he also expects newspaper earnings to continue declining.

Berkshire Vice Chairman Charlie Munger pointed out that Buffett made an exception to his usual investing habits for newspapers because he likes them.

Berkshire has acquired 28 daily newspapers over the past two years.