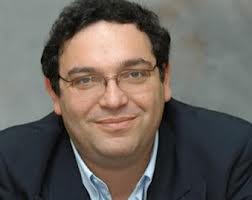 Minister of Education (Yesh Atid) Rabbi Shai Piron on Monday afternoon 26 Iyar 5773 clarified his party will have no part in supporting legislation of a political nature, referring to the deal between Shas and Bayit Yehudi. The legislation intends to clear the way for HaGaon HaRav Moshe Shlomo Amar Shlita to run for a second term while lifting the 70-year-old age ceiling for candidates, clearing the way for Rabbi Yaakov Ariel Shlita to run for Ashkenazi chief rabbi.

Piron stated his party has already announced it will be supporting Rabbi David Stav in the election, adding Yesh Atid will support the bill seeking to enlarge the voting body to include a broader representation of voters for the nation’s chief rabbis. http://www.theyeshivaworld.com/article.php?p=166230

“The elections for chief rabbis should be held in a timely fashion without deals and without changes in legislation” Piron added. Regarding the bill sent to the ministerial committee by MK (The Movement) Elazar Stern to expand the voting body, Piron points out the Ministerial Legislative Committee has already approved it. It appears that bill is not viewed as “legislative changes” by Piron, who feels adding fifty members to the voting body, including women, is essential towards expanding the voting body representation to better reflect the population.

Back in Bayit Yehudi there does not appear to be unity surrounding a deal with Shas, and according to some reports, party leader Minister Naftali Bennett does not recognize any deal between his party and Shas. Bennett in the past has signaled he supports Rav Stav.