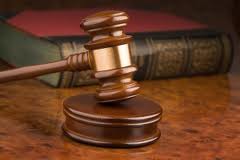 In a landmark decision earlier this week, Israel’s Supreme Court overturned a beis din’s decision in which a person was placed in cherem. The case in point refers to a petition filed by a resident of Elad together with the Hiddush – Freedom of Religion for Israel organization.

A beis din affiliated with the nation’s Chief Rabbinate placed a person in cherem in retaliation for the petitioner seeking to adjudicate a matter in a secular magistrate court, labeling the person in question a ‘malshin’. The case began as a complaint between neighbors. One neighbor turned to a secular court, which was met by a warning by the beis din, instructing her to drop the case in a secular court. When she refused, the beis din followed with the cherem.

The petitioner told the court the beis din exceeded its authority and actually is guilty of obstruction of justice by interfering in the due process of the civil court. The petition was filed in the Supreme Court by Hiddush CEO Uri Regev, esq. and Edna Mayrav, esq.

According to the petition prepared by Hiddush, after the beis din’s ruling, the life of the petitioner and her family became “a nightmare”, citing the woman and her daughters had to stop going to shul and they rarely left their home. They document that on rare occasion when they did leave the home; neighbors spat at them and would have nothing to do with them.

Hiddush hailed the court’s decision which undermines the authority of the beis din system as well as serving to highlight the ongoing power struggle that exists between the civil and rabbinical courts in Israel.