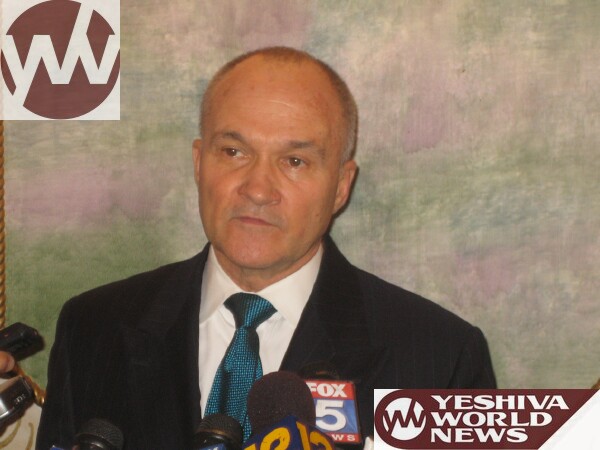 The group of Republicans who are eager to convince NYPD commissioner Ray Kelly to join the race for mayor, in order to ensure a GOP victory in November, are left with a few hours, until midnight, to advance their cause.

Today is the last day candidates can file paperwork to the New York City Campaign Finance Board to be eligible to participate in the matching funds program. Ray Kelly, has so far not submitted any paperwork to the board as of today, and no one has submitted anything on his behalf, according to a board spokesman and reported by Azi Paybarah.

The draft-Kelly bubbled up last month, as a poll released showed Kelly shaking up the race in a potential candidacy.

There is one scenario, Paybarah writes, which extends the deadline for Kelly to enter the race: “if another candidate successfully petitions to get on the ballot, then declines to accept the resulting designation, the candidate’s “committee to fill vacancies” could pick Kelly as a replacement. That theoretical route was pointed out by Bob Hardt, the political director at NY1 News, and represents the only way left for Kelly to appear on the ballot of a major party, since he is not enrolled in any party and the leaders of most of the parties that have an automatic ballot position are already committed to other candidates.”