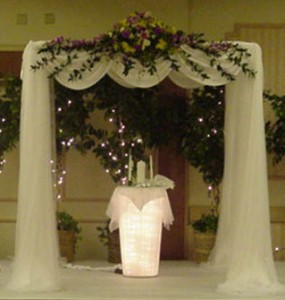 Once again, the rav of a city in Israel, in this case Ashdod, has decided not to recognize the Jewishness of a person who was certified in giyur by the state program and the Chief Rabbinate of Israel.

Ashdod Chief Rabbi Avraham Sheinman Shlita, a dayan on the Chief Rabbinate of Israel Supreme Court has postponed a chasenah after determining the bride is not frum enough, questioning the validity of her giyur. The matter made its way to the desk of Deputy Minister of Religious Services Rabbi Eli Ben-Dahan, who ordered transferring the case to the jurisdiction of a different local religious council to permit the chasenah.

Vika explains that when she went to open a file to prepare for her wedding, Rabbi Sheinman questioned her for 40 minutes, telling her he is pushing off the chasenah for three months to provide her time to strengthen her religiosity. After three months she was instructed to return and at that time the rav is quoted as telling her he would decide if he can permit her to wed.

Vika underwent giyur in 2004 and she was already married and divorced. When she arrived with witnesses at the local religious council to testify that she is single and may marry, Rav Sheinman asked her to step into her office and began questioning her.

She tells Maariv that questions asked by the rav included (1) Are you keeping tradition? (2) Why did you divorce? (3) Is your former husband shomer Shabbos? (4) Is your daughter religious? (5) and what level of kashrus do you maintain?

Vika is quoted by Maariv adding “When the questions were done he told me as a convert I was not religious enough.” The couple then decided to turn to Rav Ben-Dahan’s office for assistance.

The deputy minister used his authority to circumvent the Ashdod Religious Council and the couple was married two weeks ago. Rav Ben-Dahan is quoted by Maariv stating “this is the reason we are implementing the marriage registration reform, to permit marriage registration on a regional level – for cases just as this one.”

Rav Sheinman is quoted by the Kippa dati leumi website adding “The reason for the giyur is not legitimate to begin with. The woman even told me that she was sorry that she told me the truth. The moment a rav believes the giyur is not genuine; he cannot permit things to move forward.”