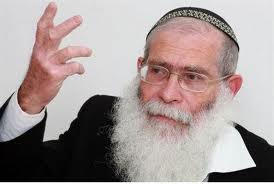 At the annual Tzohar Rabbonim Kenos held on Sunday, 29 Tammuz 5773, prominent dati leumi posek Rav Elyakim Levanon, who serves as a rosh yeshiva and the rav of the Shomron Regional Council, pointed out the lack of a Torah authority in the community. While not using the words, the rav lamented the lack of a Moetzas Gedolei Hatorah as seen in the chareidi tzibur, focusing on the fact that the dati leumi tzibur does not have a rav viewed by all as ‘the’ halachic authority. The rav spoke of the void, the fact there is no group that unifies the leading rabbonim into a unified Halachic voice to lead the community as one.

Also taking part in the panel was Rabbi Yehuda Brandes, Rabbi Brandes explained that the lack of authority for rabbonim is a result of today’s realities as seen in regard to other persons and position of authority, not just rabbonim. “The rabbinic world must become aware that it is marching to a different dialogue that the tzibur, not one of authority and power but of listening and speaking. The rabbis understand now that the source of their authority is not the result of fear, respect or honor but rather a closeness and listening to them that creates their authority.”