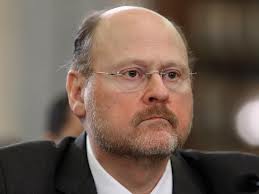 Republican mayoral hopeful Jospeh Lhota became the second mayoral canididate, but from the other side of the aisle , to call for an overhaul of the discretionary funds called “member items.” Joining Public Advccate Bill de Blasio, Mr. Lhota charged that the City Council’s member item process is corrupted, promising “a complete overhaul of the member item system.”

In a statement released by his campaign, Mr. Lhota called today’s New York Post report that Brooklyn Councilman Domenic Recchia was caught distributing millions in member item funding outside of his council district, in Staten Island, where he plans to run for congress ‘deeply troubling’ and “further proof the system is abused for political gain.”

“These revelations are exactly why I have called for a complete overhaul of the member item system,” said Mr. Lhota. “The way this money is doled out breeds corruption. How many times do we need to hear about taxpayer dollars being blatantly abused for political gain? Frankly, City Hall has either been asleep at the switch or complicit in allowing this to go on for so long.”