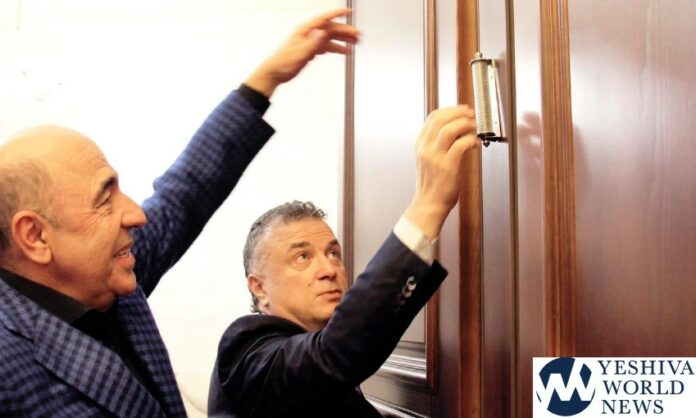 The President of Euro-Asian Jewish Congress (EAJC), Dr. Michael Mirilashvili met with the Chairman of the Verkhovna Rada of Ukraine, Dmytro Razumkov.

During their first bilateral meeting, Dr. Michael Mirilashvili stressed the importance of preserving the historical memory of the Jewish community in Ukraine and taking a firm stand in view of the increasing number of acts of violence against Jewish religious, public, and educational institutions in order to prevent further escalation of anti-Semitic sentiment in the country.

In a moving ceremony following the meeting, a mezuzah was placed at the office entrance of the Ukrainian parliament Opposition leader, president of the All-Ukrainian Jewish Congress, Vadim Rabinovich, at the Parliament (Verkhovna Rada) building in Kyiv.

The Verkhovna Rada building is located at the Constitution Square. It is a typical example of neoclassical Soviet architecture from the Stalin-era. Home to a unicameral parliament, designed in a rectangular symmetric form with an octagonal session hall. The construction was initiated in 1936 and lasted until 1939. The red-and-blue Flag of Ukrainian SSR was flown on top of building for over 50 years, until it was replaced by the yellow-and-blue national Flag of Ukraine, following Ukraine’s independence in 1991.

The meeting was held on the eve of the first Summit of Eurasian Jewry opened on Wednesday in Kyiv. Jewish leaders from 32 countries of the Euro-Asian region are participating in the Forum, attended by President of the Euro-Asian Jewish Congress (EAJC), Dr. Michael Mirilashvili, President of the European Jewish Parliament and the EAJC First Vice-President, Vadim Rabinovich, EAJC Vice-Presidents Alexander Levin, Victor Naishuller and Moshe Shvets, Editor-in-Chief of Israel Hayom Boaz Bismuth, EAJC Director-General Haim Ben Yaakov, representatives of the World Jewish Congress, and other honorary guests. 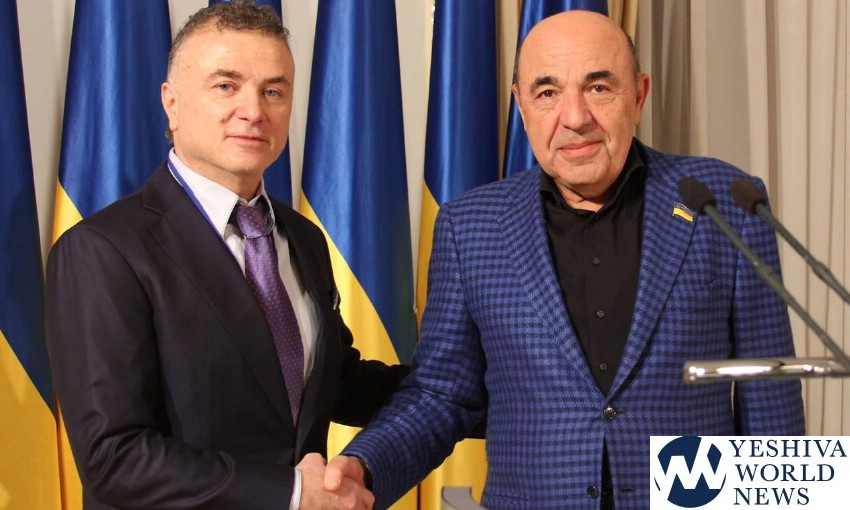 Peace With UAE:  So What?