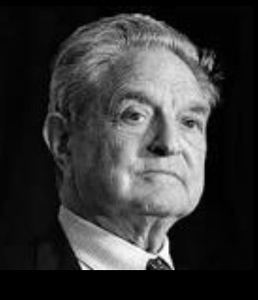 “I am endorsing Bill de Blasio for Mayor because I believe he has the talent, vision and ability to lead New York City,” said Soros. “As Public Advocate, Bill de Blasio has promoted concrete policy changes that would mean far fewer innocent New Yorkers are subjected to demeaning police stops while at the same time maintaining reductions in crime.”

“New York’s next Mayor needs to possess conviction, intelligence, and a clear vision for where they want to take the city. I believe Bill de Blasio possesses these qualities and will be an outstanding Mayor for all New Yorkers,” he added in a statement released by the de Blasio campaign.

Mr. de Blasio hailed the Soros endorsement, as polls show him in a close second in the race for mayor. “Through his philanthropy and commitment to social change, George Soros has championed investments in early education, job development, and healthcare for all who need it — and I’m committed to bringing this ethos of sustained investment in our working and middle class families to City Hall next year,” said Bill de Blasio. “It is far past time we reformed stop and frisk, and finally scaled up early education and after-school programs for all of our kids. I’m determined to make these changes a reality for New York City, and I’m honored to have George Soros’ support.”

While the endorsement may play well with NYC progressives, it might alienate Mr. de Blasio’s Orthodox Jewish base, largely a hawkish pro-Israel crowd. George Soros’ network of foundations contributes tens of millions of dollars annually to groups that wage “political warfare” against Israel, according to a new report by NGO Monitor.

Several of the OFS-sponsored groups, funded by Soros, support boycott, divestment, and sanctions campaigns against Israel, equate Israel’s settlements in the West Bank and the Gaza Strip with South Africa’s former apartheid regime, and in some cases deny Israel’s right to exist.

According to the Washington Free Beacon, Soros’ Foundation to Promote Open Society has previously donated to the National Iranian American Council, a group long suspected of lobbying for the Iranian regime. The foundation has also funded progressive activist groups, including donations of $825,000 to the Center for American Progress (CAP) and $675,000 to Media Matters in 2010. Both CAP and Media Matters have been denounced in the past for using anti-Semitic language in their tweets and writings.

In his first speech to a Jewish group, in 2003, Mr. Soros said European anti-Semitism is the result of the policies of Israel and the United States.

During that speech, Soros announced that he would support the ‘Geneva accord,’ an unofficial Middle East peace plan that envisions two states along pre-1967 borders and a shared Jerusalem.

In 2011, Mr. Soros penned an Op-Ed in the Washington Post claiming Israel is the main obstacle to Democracy in Egypt.

YWN contacted the de Blasio campaign asking whether Mr. de Blasio considered Soros’s anti-Israel agenda contradictory to his strong support of the Jewish State. We will update our readers when we receive an official response.

“Bill believes a strong and secure Israel is vital to the United States’ interest and has been one of Israel’s staunchest defenders against terrorist threats and the daily danger it’s citizens live in. Bill has time and again declared Israel’s right to defend herself, and continues to use the power of the Office of the Public Advocate to combat a nuclear Iran, and to pressure Saudi Arabian Airlines to stop their unlawful discrimination against Israeli citizens.”