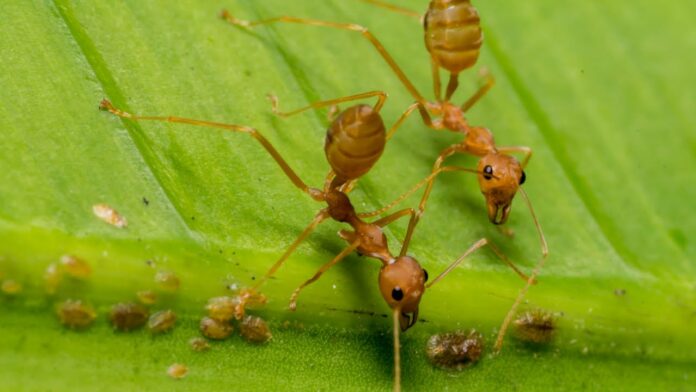 A World Israel News video reported that little fire ants which are barely visible to the naked eye are rapidly spreading across Israel.

Little fire ants, also known as the electric ant (Wasmannia auropunctata), derive their names from their sharp stings, especially relative to their size. The ants, which are about 1.5 millimeters long, are native to Central and South America and have spread to other countries including North America and Israel.

They are invasive ants and are considered to be the greatest ant species threat in the Pacific area since they prey on native insects and can reduce entire insect populations such as flying and tree insects, scorpions, spiders and native ants and have even led to the decline of tortoise populations in the Galapagos Islands by eating the hatchlings. They also can cause blindness in animals such as cats and dogs and tortoises if they sting them around their eyes.

The little fire ants even have an invasive effect on the economy since they strip nutrients from agricultural plants, making them vulnerable to disease and other pests and ultimately cause crop yields to decline.

It’s believed that the little fire ants arrived in Israel in 1997 in shipped beams of wood for a factory in the Jordan Valley. In 2016, the little fire ants were found in 121 cities and towns, in 280 in 2018 and in 325 in 2019, according to the Israeli financial newspaper Globes.