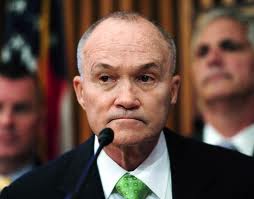 New York Police Commissioner Raymond Kelly is raising questions about the idea of outfitting officers with tiny video cameras. A judge recently ordered the NYPD to test the devices after finding that its stop and frisk practices discriminated against blacks and Hispanics.

Kelly appeared Sunday on ABC News’ “This Week with George Stephanopoulos.” He suggested the cameras could be problematic when someone wants to give an officer confidential information.

U.S. District Judge Shira Scheindlin this week ordered the camera test and other major changes to the NYPD’s stop and frisk tactics. Her ruling could put cameras in more than 1,000 officers’ lapels or eyeglasses.

The city plans to appeal.

Kelly tells “This Week” the ruling “has the potential of overturning” the city’s decline in crime in recent years.