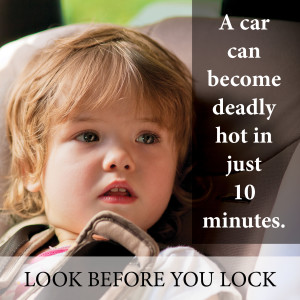 An infant was locked in a vehicle in Israel, on Chorgin Street in Ramat Gan. B’chasdei Hashem, the child was extricated in time.

Hatzalah Gush Dan units received the call after firefighters were summoned to the scene. It appears the 5-month-old child’s mom got out of the vehicle, which locked with the keys inside. Mom called the fire department and Hatzalah. The firemen broke into the vehicle and after an examination; the child was released to go home with her mother.

In another Hatzalah Gush Dan news item, a 7-year-old child was injured in Bnei Brak on Shabbos after falling on Moheliver Street and landing on a protruding object which pierced his abdomen. EMT Yaakov Binat, who was davening nearby was first on the scene. He learned the boy jumped from a fence and landed on the protruding rod.

He treated the child along with a doctor who was in the same shul at his side. They stabilized the child’s condition. The child was transported to Tel Hashomer Hospital in a Magen David Adom MICU ambulance.