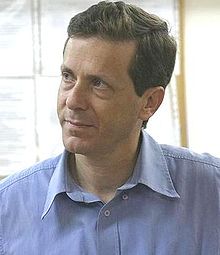 Herzog explained that Lapid is simply using populist means to promote his agenda and his actions are not backed in fact. He adds that accusations the monthly payments encourage unemployment are baseless, for the huge monthly payments that were once reality were cancelled in 2003. Today he explains the money permits families to help feed the children and in the best of cases, permits putting small sums away for the future.

“The child allowances were not decided upon without good reason. Studies show they assist normative parents to survive and feed their children. It permits some to save a small amount and for others, it permits them to simply get by” he explained, denying the accuracy of Lapid’s statements of how cutting the assistance will encourage parents to get out and work. Herzog rejected Lapid’s premise that the only poor families are in the Arab and chareidi sectors, citing the minister is simply releasing statements that are not backed in fact.

Regarding Lapid’s grand plan to allocate 200 million NIS to the Welfare Ministry for child nutrition projects, Herzog feels these funds will not reach the intended recipients simply because most families will not know the assistance exists or how one applies for such money.

“You don’t harm the children” exclaimed Lapid, who detailed that when it comes to the children, one must put politics aside. He stressed that Lapid’s actions will directly harm children and result in increased poverty, as is documented by Bituach Leumi.

Herzog added that utility prices have increased as is the cost of the monthly food basket. “The monthly child allowance at best permits parents to scrape by, nothing more, and this impacts most families in the country, not just the poorer ones.”

Above all, “even if one feels there is no alternative and one must cut the monthly child payments, why dance on this and release statements of a ‘historic accomplishment’? What is there to be happy about – children will be without food” Herzog questions.

To cite an example, he takes a regular low income family in which parents earn minimum wage, which is being cut, as well as the monthly child allowance payments. “How would you like them to survive” he tries to understand, concluding “Mark down my words – next year when the annual poverty report is released there will be an increase as a result of Lapid’s actions. Remember my words!”