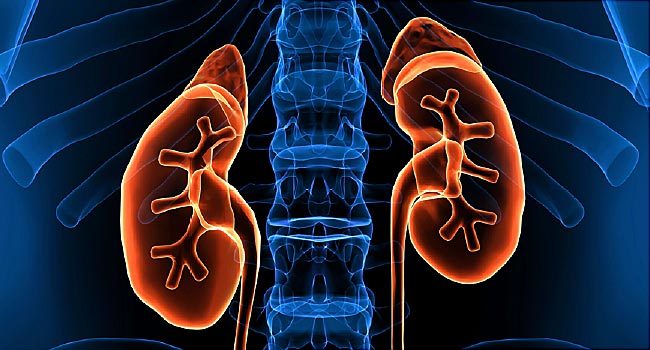 A groundbreaking study has shown that it is possible to rejuvenate damaged kidneys and improve their function, a procedure that could reverse chronic kidney disease, offsetting the need for dialysis. This is the first breakthrough in decades to combat this disease, often precipitated by hypertension and diabetes, and which affects a whopping 10% of the population worldwide.

The study was conducted by Professor Benjamin Dekel, head of Pediatric Nephrology and the Pediatric Stem Cell Research Institute in the Edmond and Lily Safra Children’s hospital at Sheba Medical Center, and published this week in the prestigious Cell Reports medical journal.

In past studies, researchers discovered that the adult kidney constantly renews itself over time through the activity of colonies of cells that replace lost and degenerated cells in the kidney. Prof. Dekel and his team have now developed an innovative technology that involves the extraction of such healthy kidney cells from diseased kidneys. These cells are then expanded into large numbers within a laboratory environment. By generation of three-dimensional cultures called “kidney spheres,” the cells show improved function to generate new kidney tissue and replace lost cells. The new cells are then reintroduced into the kidney where they rebuild it, positively influencing neighboring cells and improving its function (see diagram).

One of the most significant aspects of the discovery is that the newly developed technology uses the patient’s own cells, thereby circumventing the need for immunosuppression as well as problems associated with immune rejection.

Thus far, the method has been tested on mice, where the cells have shown their ability to generate new renal structures, associated with an ability to be retained for a long time once administered into the host kidney. The treated mice displayed improved renal function.

By focusing on improving and stabilizing renal function, this treatment has the potential to help millions of patients with chronic kidney disease and who have yet to require dialysis treatment.

These astounding results will be studied in clinical trials on patients with renal failure by the KidneyCure Bio firm, which commercialized this technology.

Prof. Benjamin Dekel, who led the project said, “The breakthrough in this technology, which was developed at the Sheba Medical Center, is not only in the ability to maintain the kidney-renewing cells outside the body, but also in the ability to multiply them and generate large numbers of cells and make them function properly using the 3-D cultures. This is important news for patients with chronic kidney disease, who hopefully will benefit from these discoveries in the coming years. The ability to generate new kidney tissue (to replace the damaged tissue) could help millions of patients worldwide who suffer from kidney disease.”

The trailblazing research was carried out by senior researchers Dr. Orit Harari-Steinberg, Dr. Dorit Omer, and Ms. Yehudit Gnatek from the Pediatric Stem Cell Research Institute, under the leadership of Prof. Dekel.