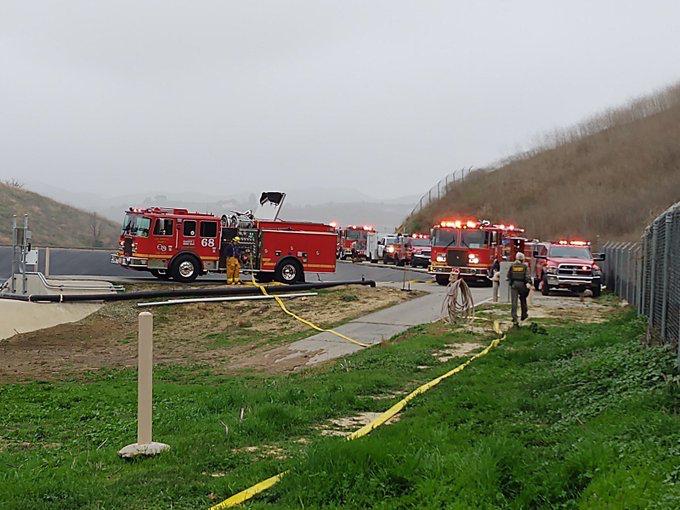 Kobe Bryant, the 18-time NBA All-Star who won five championships and became one of the greatest basketball players of his generation during a 20-year career spent entirely with the Los Angeles Lakers, died in a helicopter crash Sunday. He was 41.

Bryant died in a helicopter crash near Calabasas, California, a source told The Associated Press. It was unclear if family members were on the helicopter.

Bryant retired in 2016 as the third-leading scorer in NBA history, finishing two decades with the Lakers as a prolific scorer with a sublime all-around game and a relentless competitive ethic. He held that spot in the league scoring ranks until Saturday night, when the Lakers’ LeBron James passed him for third place during a game in Philadelphia, Bryant’s hometown.

“Continuing to move the game forward (at)KingJames,” Bryant wrote in his last tweet. “Much respect my brother.”

Continuing to move the game forward @KingJames. Much respect my brother 💪🏾 #33644

Bryant had one of the greatest careers in recent NBA history and became one of the game’s most popular players as the face of the 16-time NBA champion Lakers franchise. He was the league MVP in 2008 and a two-time NBA scoring champion, and he earned 12 selections to the NBA’s All-Defensive teams.