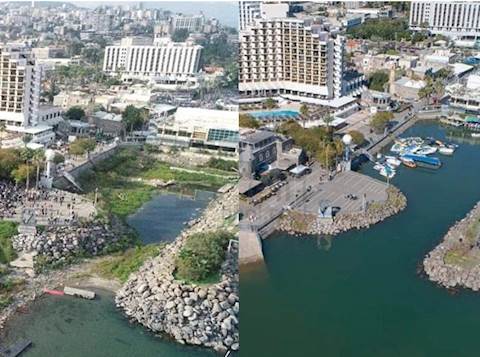 Boruch Hashem, the Kinneret rose about five cm over Shabbos and is now 1.64 meters below the upper red line.

If as expected, the Kinneret reaches the red line indicating full capacity, the Degania Dam, which regulates the Kinneret and flows into the Jordan River, will be opened.

In 1969, the Kinneret reached its highest recorded level (208.20 meters below sea level) and despite the opening of the Degania Dam, nearby yishuvim were flooded, causing 90,000 lirot worth of damage.