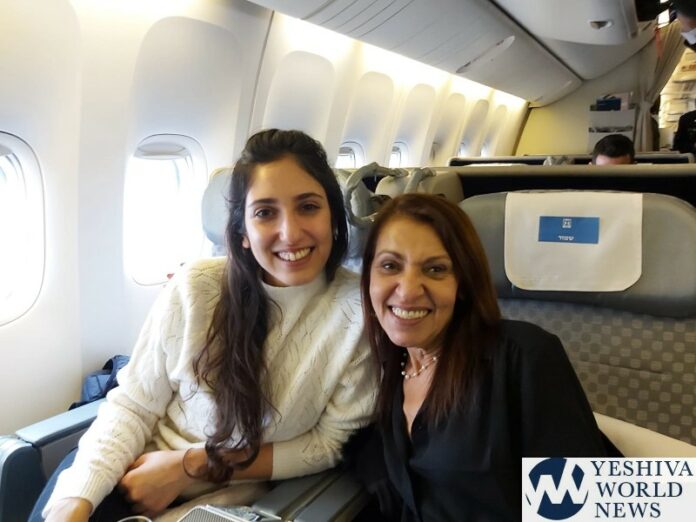 Kan News interviewed Naama Issachar’s mother Yaffa on Thursday morning in Moscow as she shared the news about her daughter’s release from Russian prison with Rabbi Shea Deitsch, the Chabad shaliach in Moscow who had accompanied her on the long journey from the very beginning.

Yaffa heard the news about her daughter’s release the same way everyone else did – on the news. She was not officially informed of the development by the Russian authorities.

“Yaffa is a symbol and example of ‘eim ha’banim s’meicha,’ Rabbi Deitsch said to Kan.

“He was the first person who saw [Naama],” Yaffa said emotionally, with tears running down her face. “He was the one who helped me the entire time.”

“Why are you so emotional right now?” the Kan reporter asked Yaffa. “Because he helped me – he helped me before anyone else helped me,” Yaffa repeated.

On Wednesday night, Yaffa went to the home of Chief Rabbi of Russia, Harav Berel Lazar, to thank him personally for his efforts for Naama’s release.