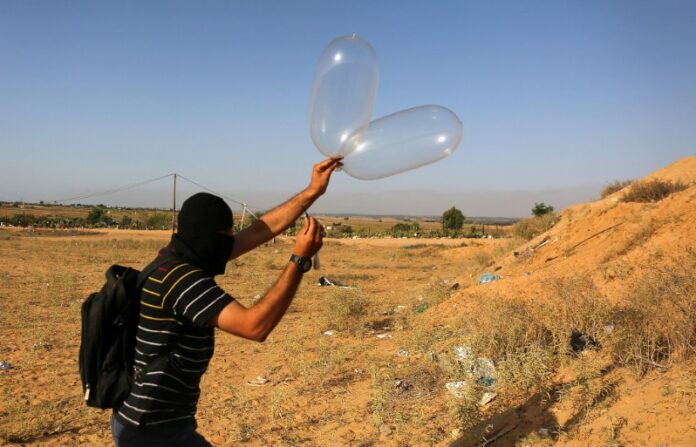 The series of explosive balloons and rockets and mortars launched from the Gaza Strip into Israel over the past few weeks is apparently not enough for Hamas. Hamas’s balloon unit published a video on Monday threatening that it will soon launch more sophisticated balloons equipped with tear gas and a delayed fuse that will activate the chemicals when the balloons land in Israeli territory. They called their latest scheme “balloons with chemical weaponry.”

Watch the test run Hamas posted along with the threat that it will soon launch the balloons “into the homes of the settlers.”

On Monday evening, an explosive balloon exploded next to a house in Kibbutz Kfar Aza in southern Israel. There were no injuries or damage to property.

Dozens of explosive balloons, as well as rockets and mortars, have been fired into Israel from the Gaza Strip in the past few weeks.