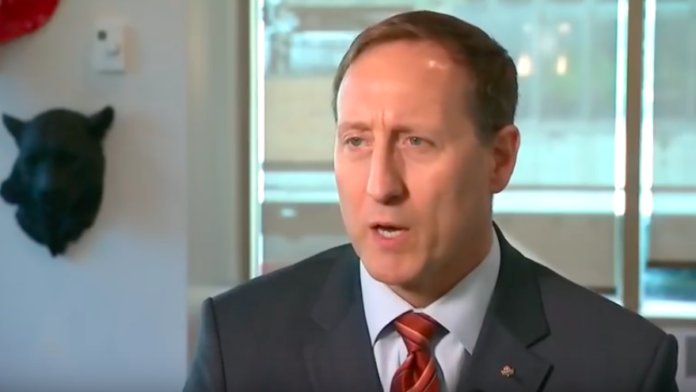 One of the contenders for the leadership of Canada’s Conservative party, and former Defense Minister Peter MacKay stated in a personal tweet on Tuesday that: “It has always been my personal view that Jerusalem is the undisputed capital of the State of Israel and that is where Canada’s embassy should be and under my leadership, will be located.”

The tweet was reported by Canadian Jewish newspaper the Canadian Jewish News. MacKay further tweeted: The Jewish people of Canada “know that the Conservative Party stands shoulder to shoulder with them. I made it clear (that) a threat to Israel is a threat to Canada. I will always stand with one of Canada’s closest allies.”

“It will be important, to consult our diplomatic officials at our embassy in Israel to make the necessary preparations for the move.”

Just a day prior to posting the tweet, the Post Millennial website quoted MacKay as saying that further study and consultation with the Embassy in Tel Aviv was required before a decision could be made.

“I said that there is a lot of priorities, and I want to hear more about those priorities before I make these pronouncements on a whole range of issues and so we’re in this process now – consulting broadly, hearing from experts who are well-informed on these issues, and I’m very much interested in hearing their perspectives and that’s what I’m doing right now.” MacKay added.

In February of 2018, the Conservatives said they would follow the US lead and recognize Jerusalem as the capital of Israel.

In August of that year, the party approved a resolution recognizing Jerusalem as the capital of the state of Israel and endorsing the moving of Canada’s embassy in Israel from Tel Aviv to Jerusalem if the Conservative Party wins the general elections. They lost, and the leader of the party, Andrew Scheer, stepped down. A move that opened the door for new leadership and the possibility that Mr. MacKay would take over running the party.