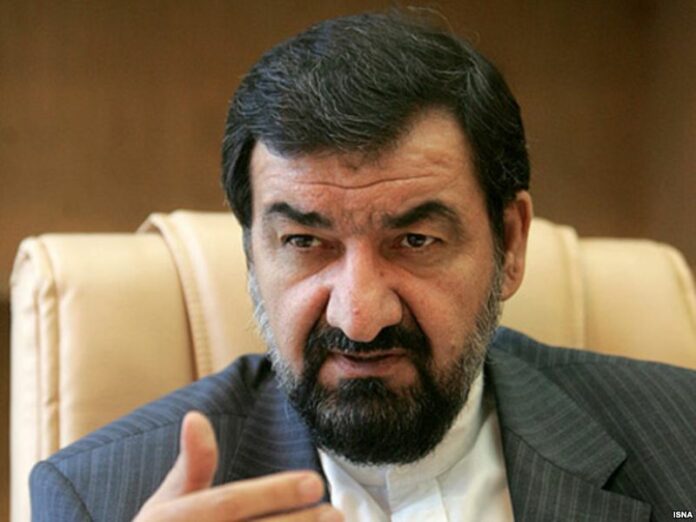 Mohsen Rezaee, former commander-in-chief of the Islamic Revolutionary Guard Corps (IRGC) and secretary of the Expediency Discernment Council, an advisory body to Supreme Leader Ali Khamenei, said in an interview earlier this week that if the United States attacks Iran, Iran will raze Tel Aviv to the ground.

The host of the interview, which was aired on Lebanese TV, questioned Rezaee about the IRGC commander’s threat to attack Israel if Iran is attacked by the US.

“Have you really made that decision?” the interviewer asked. “If the US attacks you, will you really strike Israel?”

“You should have no doubt about this,” Rezaee replied. “We would definitely raze Tel Aviv to the ground. We have been looking for an excuse. If the US does something, we can use it as an excuse to attack Israel because Israel played a role in the martyrdom of General Soleimani. It was the Israelis who reported about the martyr Soleimani’s trip from Damascus to Baghdad.”

Rezaee claimed that the US proposed the Deal of the Century in order to gain a firm foothold on the eastern shores of the Mediterranean Sea in order to do away with the Palestinian cause once and for all and take over Gaza and disarm Hamas.

“I expect a significant weakening of the US over the next decade,” Rezaee stressed. “Even if they don’t leave the region altogether they will weaken significantly. As soon as Saudia Arabia and other countries in the Persian Gulf feel that the US is not what it used to be, there will be a revolution in Saudia Arabia followed by other countries in the Persian Gulf.”

“In a short time everyone will be amazed by the fall of the US in this region and this means the global collapse of the US will begin in this region. Iran will be the standard-bearer of America’s exit from the region.”

The former IRGC commander also stated that “Tehran has precise information” on all US activities in the region, including US army bases, aircraft carriers and even individual US soldiers, claiming that Iran monitors US soldiers who visit Kuwait, Bahrain or Dubai.

Rezaee said that all the US army bases are under their surveillance, all aircraft carriers are under their control and they know exactly how many US ships are in the Indian Ocean and the Sea of Oman.

According to the former commander, Iran even knows how many US soldiers are in Kuwait, their friends, their translators, what the US forces are doing in every country in the region and even where they buy their food supplies, saying that Tehran’s information is “very precise” and they bombed the US army base in Iraq based on “detailed calculations.”