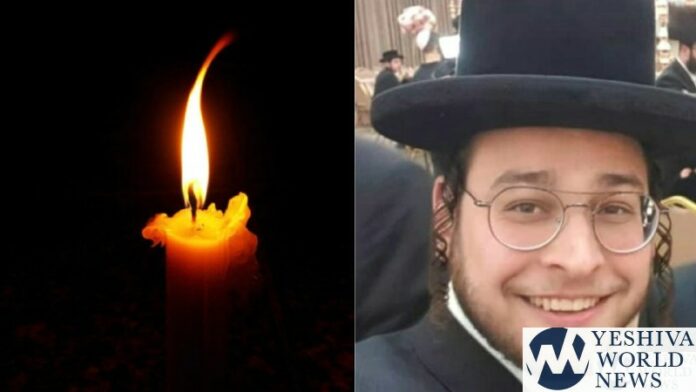 A Chareidi man, 25, was R”L killed on Sunday afternoon in a traffic accident on Highway 443 next to the Maccabim checkpoint in the direction of Jerusalem.

The accident occurred about 2:30 p.m. when the man’s motorcycle collided with a truck. The motorcycle driver, a resident of Bnei Brak, was found lying next to his vehicle unconscious.

MDA paramedics and Ichud Hatzalah volunteers couldn’t do anything but pronounce his death at the scene. ZAKA was called to the scene to tend to kavod ha’meis.

“The man was lying on the highway unconscious,” MDA paramedic Yishai Reuchberger. “He was suffering from multi system trauma and wasn’t breathing and had no pulse.”

He was identified as Avi Weinberg Z”L, a beloved young man who had hundreds of friends. Tragically, he was married for just four months.

Making the tragedy worse, his sister is getting married in just one week.

Avi was a Slominer Chosid, and a tremendous Baal Chesed – volunteering tirelessly for the Yedidim Organization.

Levaya information will be published when it becomes available. 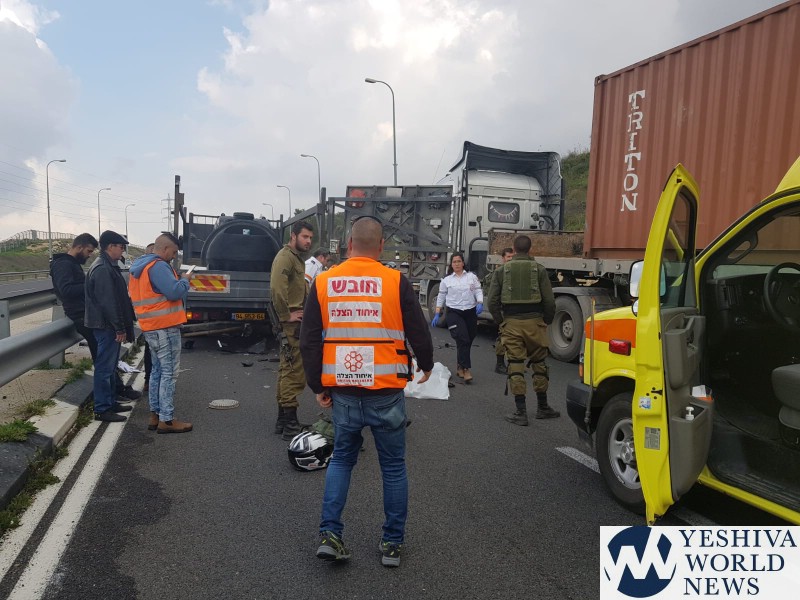 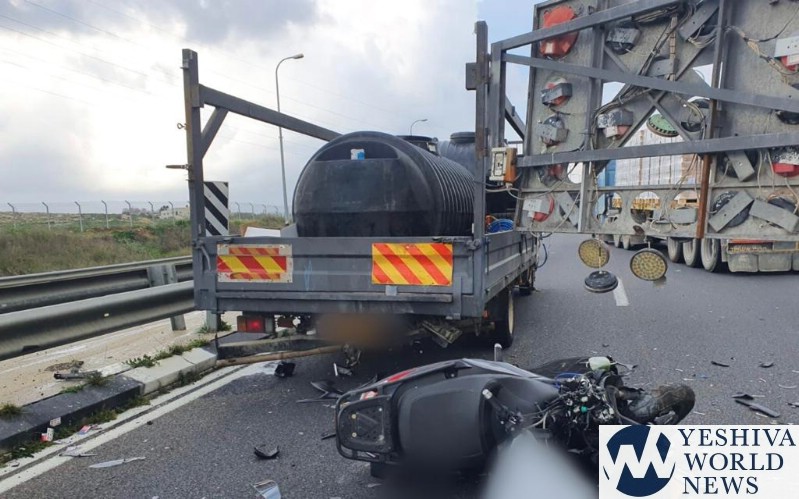 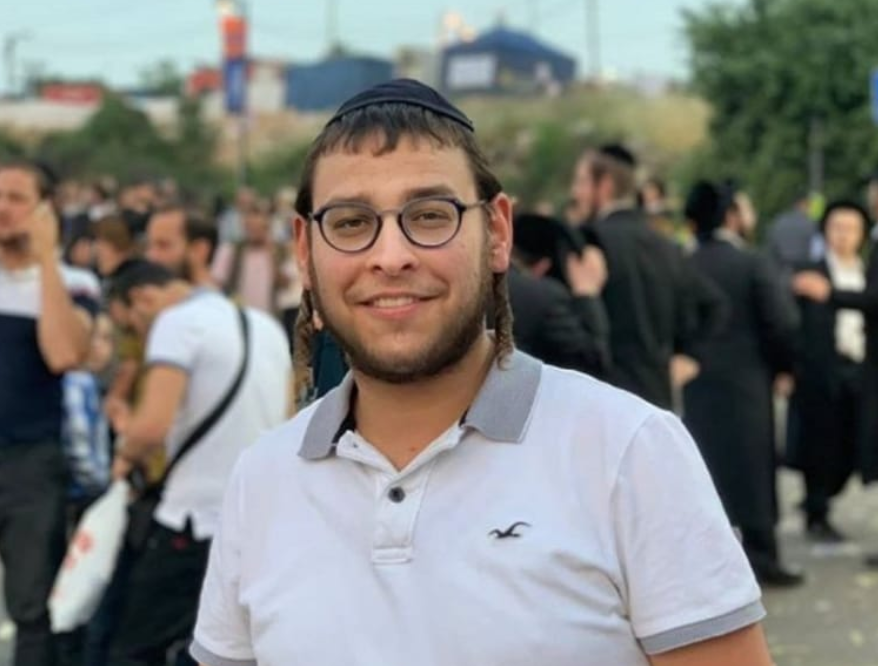 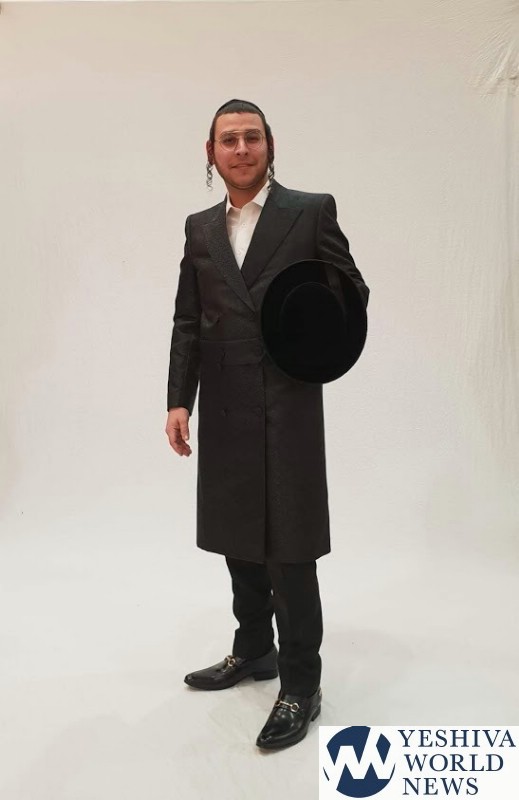 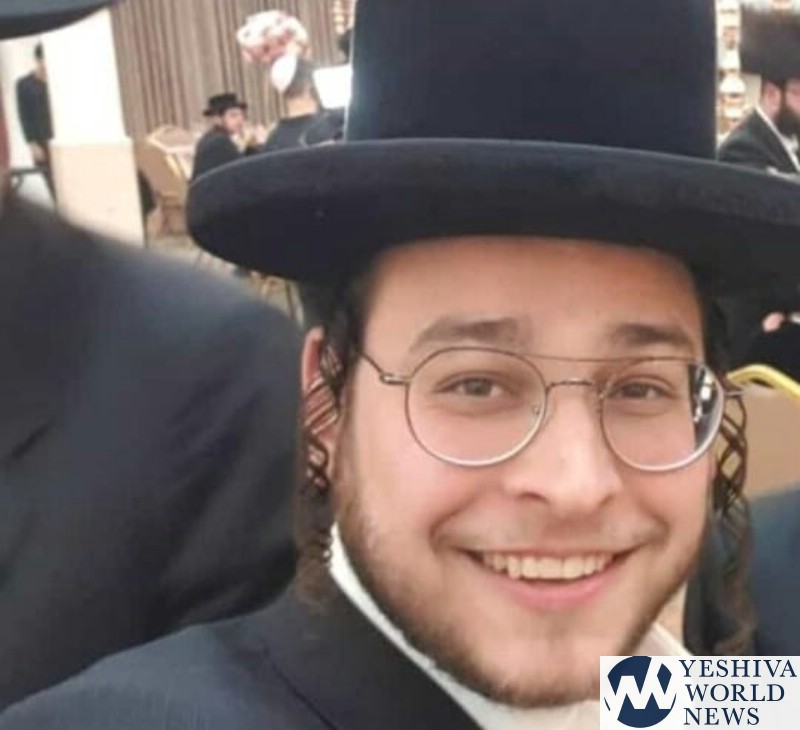 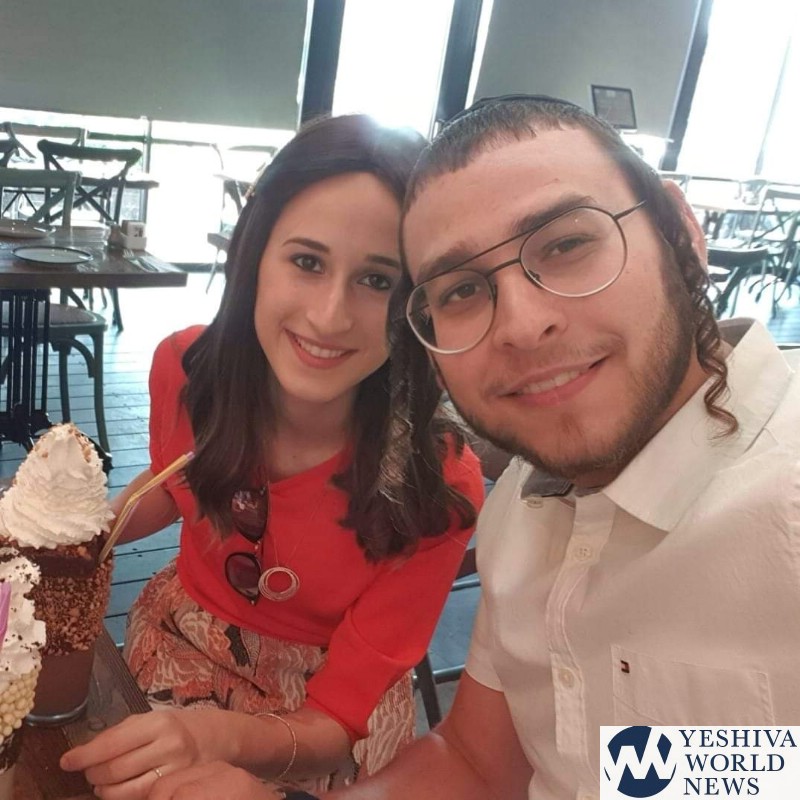 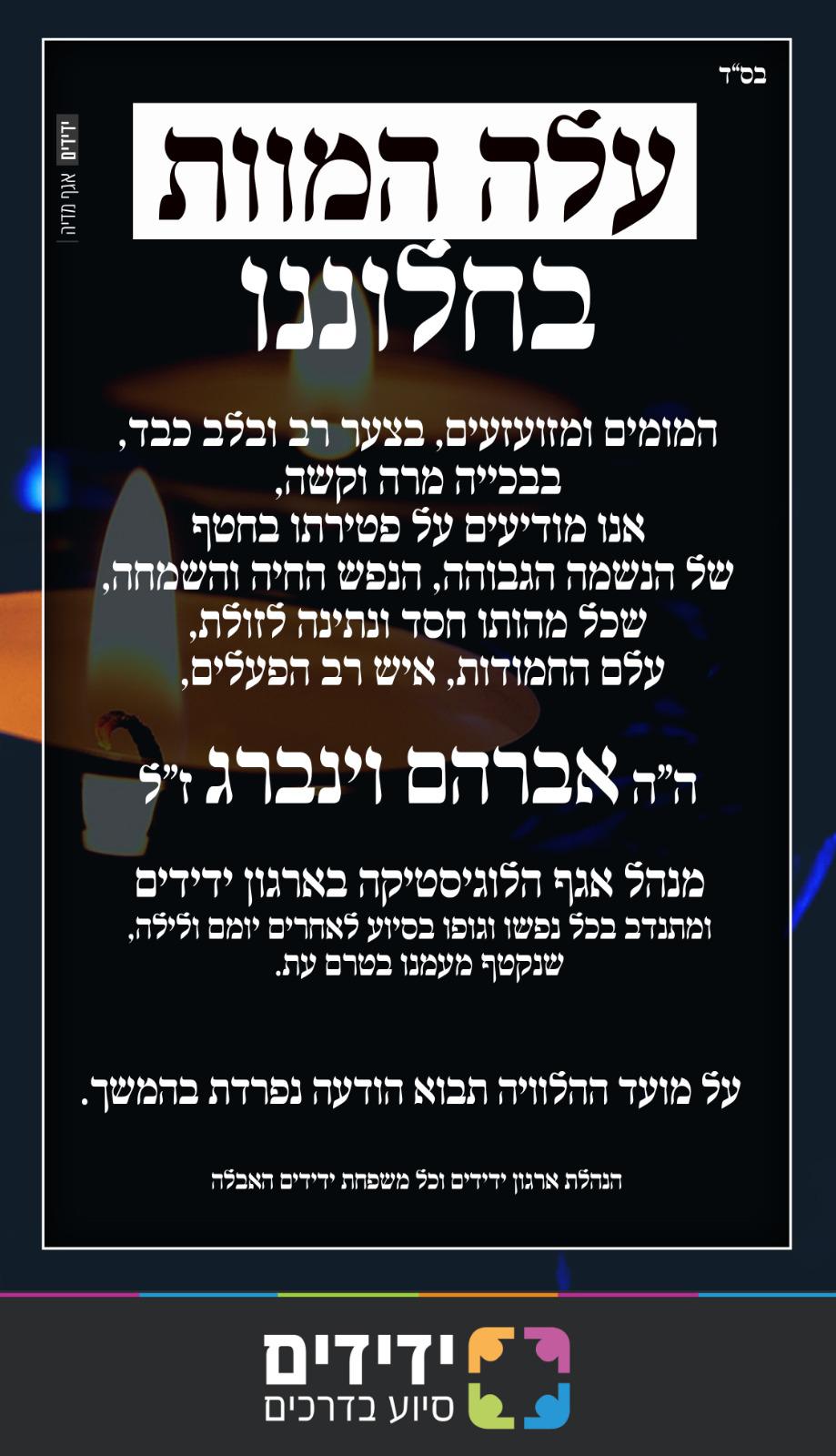