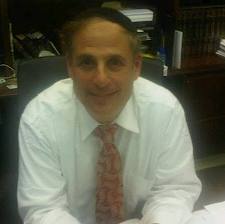 “It is very rare these days that people know how to love; and to love is to give. How many people really know how to give of themselves? Those who do – like you, dear Shlomo— are surely beloved of Hashem!”

Shlomo Zakheim, z”l, was our friend, our confidant, our mentor and our role model. He came to us late in the throes of our personal ordeal, fighting for freedom for my husband, Jonathan Pollard, but quickly became an integral and important part of our life.

Shlomo and Jonathan clicked when they first met. They immediately became close friends as if they had known each other all their lives.

Shlomo was not the kind of person who bowled you over. He did not dazzle or try to impress. That was not his style. What was so wonderful about Shlomo was how naturally he shone without even trying to. He was unassuming and unprepossessing. He had no airs. He was quiet, he was modest, and he was self-effacing. He was the kind of person who quietly crept into your heart and won it without contest. He was his happiest and at his best when he was doing for others.

Shlomo was bright and savvy and successful in business, had a beautiful and talented wife, wonderful family and terrific children and grand-children. He could rightly have been a little vain and proud because of all that he had and all he had accomplished. But Shlomo prided himself on nothing and gave all the credit to Hashem. His constant motto was: “G-d has been good to me. I want to share His goodness with others.”

Shlomo reached out to the Fogel family of Itamar, after the brutal murder of 5 members of their family by Arab terrorists, to bring them to the US to meet Jonathan. I arranged the prison visit and travelled to the US to participate. We all met in New York and over-nighted at the Zakheim residence. (Faygie, Shlomo’s aishet chayil, happened to be out of town). The next day, Shlomo flew us all to Butner for the visit with Jonathan.

Below is the letter I wrote to Shlomo, at Jonathan’s urging, after that visit. We share the letter now – we are sure Shlomo would not mind – because it speaks volumes about him. His response, which follows, says even more about him.

This note is from heart to heart. Jonathan encouraged me to write to you.

I described for Jonathan what it was like to wake up as a guest in your home. You had been up all night doing your paramedic rounds. You came home and should have been exhausted, but you never showed it. Smiling and in a cheerful mood, you proceeded to invite your 4 house guests to assemble in the kitchen for breakfast. It would have been exceedingly kind and most generous and certainly enough if you had just put the basics on the table (bread, cheese, cereal, jam) and said: help yourself. But you did not see it that way. Indeed that is not your way at all.

You insisted on catering to each guest, to each one’s wishes and tastes, and to each ones desires, one by one! You probed and prodded and encouraged until each person told you what he/she liked best for breakfast. Then you threw your whole being and whole body into doing the mitzvah, bustling around the kitchen, setting the table, putting out cold items, frying eggs, making coffee, taking requests, making toast, without any thought for yourself or your own breakfast.

And the really amazing thing, the thing that impressed us the most, was that as you were doing all of this menial work, running to and fro, cooking and serving and attending to your guests, you were so joyful that you hummed a happy tune as you bustled about! It was clear that you were fully immersed in the mitzvah of “hachnassat orchim” not only with your whole body, but with your whole being, and you were loving it! With your whole heart you were doing and giving, preparing, serving, sharing, enjoying! You fairly glowed as you hummed and sang and went about doing HaShem’s business!

Jonathan and I talked about it. He too is very taken by your sincerity and purity of heart. This description of your total immersion in chessed completed the picture for him, and he wanted to share it with you. That is why he encouraged me to write to you now.

You know Shlomo, anyone can do chessed with his “mammon” (his possessions; his money) and we are taught that Hashem gives us our parnasseh so that every one at his own level can do chessed and tzedakah.  We always hear you say, “G-d has been good to me, so I am glad to do for others…” and that awareness again singles you out as someone very special. But what really distinguishes you is not your amazing and endless generosity with your “mammon”, rather it is your enthusiasm and your joy in doing a mitzvah and the way you throw your whole self into doing, giving generously of your time and your attention and your own physical labor — and that is outstanding beyond words.

Jonathan and I agree that it is very rare these days that people know how to love; and to love is to give. How many people really know how to give of themselves? Those who do –like you, dear Shlomo— are surely beloved of HaShem!

Jonathan and I are grateful for all the chessed you have extended to us, and impressed by the amazing model you represent for all of us, but most of all, we are grateful to Hashem for sending us a friend like you!

Be very blessed in all you do!

with love and appreciation,
E&J

Shlomo responded selflessly, of course, thanking and praising HaShem for allowing him a share in the mitzvah of pidyan shvuyim and praying for Jonathan’s immediate release. He wrote:

During a remission in his desperate battle with the relentless illness which ultimately took his life, Shlomo told me how grateful he was to his beloved aishet chayil, Faygie. for her devotion, her dedication and her constant vigil at his side. He always spoke of Faygie with such joy and admiration. He credited her with always helping him to live up to his best self.

Shlomo also added that he credited Jonathan with keeping him alive. I had not expected that. He explained that when he was first diagnosed, the shock was so profound, that what kept him going and gave him the courage to fight was his relationship with Jonathan. He said that he had learned so much from Jonathan, and that first and foremost, he learned never to give up.

Shlomo had nothing to prove to anyone. He was soft spoken and not a big talker. He listened. He cared. He shared. He did not need attention or accolades from anyone. He was amongst Jonathan’s closest confidants and he attended some of the most sensitive meetings with us that Jonathan has had over the last few years.  Shlomo was the soul of discretion. No one even knew he was with us at these meetings. He told me, “The only one I ever talk to about Jonathan is my wife. The only one who always knows where I am is my wife.” And that is the way it was.

Over the last while, even as his strength diminished, Shlomo still stayed in touch with us. Sometimes just a sentence or two by email. Sometimes a full message. Even a phone call or two, and a phone call with Jonathan as well. In the last email he sent us, Shlomo wanted us to know that he is “still davening for Jonathan three times a day”.

When I had to break the news to Jonathan about Shlomo’s passing, I did not know how to do it. At a loss for words, I told him, “Jonathan, I have been crying and crying and crying all morning.” He said, “Why are you crying?”  I said, “Shlomo”. Jonathan groaned and said, “Oh no! Not Shlomo! Please G-d, not Shlomo!” Then Jonathan said he never expected something like this because “Shlomo was the essence of good, and all he ever did was good, with an open hand and a full heart, all he ever did was good.“

Jonathan asked me what we could do for Shlomo’s wife and family, how we could help. We decided that perhaps we could write something to let them know how deeply we share in their loss. Hence this tribute to our beloved, friend, confidant, and mentor, Reb Shlomo Eliezer ben Yaacov z”l, beloved of HaShem.

Our mutual and very dear friend, Eli Rowe, comforted us greatly when he wrote in a recent email:

All I can tell you is that Shlomo always told me how much he loves you and Jonathan so very much and his biggest dream in life was to fly Jonathan home.

We will do it with him watching from Shomayim and he will now be a meilitz yosher for you, Jonathan and all of us.

He will be incredibly missed.

I responded to Eli, in part:

No matter what plane brings Jonathan home to Israel, Shlomo will surely be there in spirit, making the trip home with him. Thanks again for your kind words of comfort. It may be hard for others to understand what Shlomo meant to us. We know you do and we thank you for that.

If anyone can bring the prayers of Am Yisrael before the Kisei HaKavod, we know that Shlomo can. His purity, his humility, his endless love for Am Yisrael and his legendary chessed are his calling cards in Shomayim and assure his place in the minyan that davens regularly before the Holy Throne of Glory.

May G-d rest his soul beneath the Tree of Life in Gan Edan to bask in the splendor of the Schechinah along with the souls of all of the Tzadikim and the Tzidkaniot! May he be a meilitz yoshar in Heaven for us, for his beloved and devoted aishet chayil Faygie, for his family and for all of Am Yisrael! Amain!

Shlomo Eliezer ben Yaacov z’l, our beloved friend and teacher! We love you! We miss you! We will always keep you near at heart. May your memory be eternally blessed! Amain!