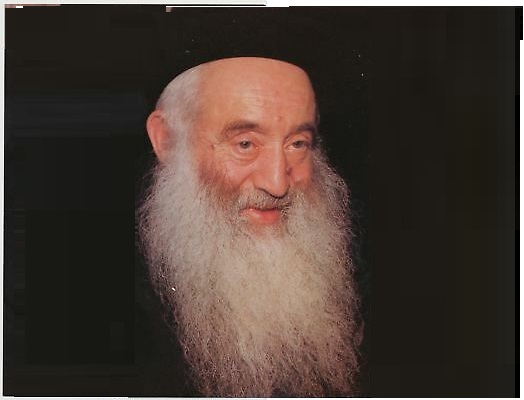 The year was 1984, and the place was Beis Midrash Gavoah in Lakewood, New Jersey.  A special day of Tefilah was established for Iosef Berenshtein, a prisoner of Soviet Russia and on trial.  His crime?  He taught Torah to children in Kiev, Russia.

The Mashgiach of BMG, Rav Nosson Wachtfogel zt”l, spoke.  What he said then, can shed enormous insight into our current situation now – facing the COVID-10 virus.  These were his words:

“We must know that we are davening here on behalf of a Jew who was moser nefesh for Torah – for chinuch.  His entire trial that he faces is on account of the fact that he taught Torah to children.

Yisro left all the honors of the world and came to learn Torah. His grandchildren sat in the Lishkas HaGazis itself.  Yisro was moser nefesh for Torah and he merited an entire Parsha in the Torah.  Notwithstanding all this, Chazal state that he was sent away prior to Matan Torah.  Why so?  Because he was not present during the enslavement in Mitzrayim, in the tzaar of Klal Yisroel.  Therefore, he was unable to share in the joy of the Torah. (See Yalkut Shimoni Parshas Yisro 271).

We wait for the geulah shleimah – the complete redemption.  Quickly, once again there should be simchos in Klal Yisroel.  Who will merit this?  Those who participate in both the joys and the pains and struggles of Klal Yisroel.  It is as the Gemorah says (Taanis 30b):  ‘One who mourns over Yerushalayim will merit to see and partake in its consolation.’

We are asking of you, not just to recite a regular Tehillim.  Say it like you are reciting it for your brother, or for yourself.  Chazal tell us that the prayer of a choleh is heard more readily.  The explanation is that he is davening for himself with his entire heart.

This is the type of Tefilah we need here today – for this man who is moser nefesh for Torah and for Chinuch.

Once, the son of Rav Simcha Zissel Ziv, the Alter of Kelm, broke his leg. The Alter said, ‘A father feels the pain when his son breaks a leg, but he doesn’t yet feel it to the extent that his son does.  The Alter entered into a room and sat and contemplated the matter.  ‘How much pain my son is experiencing!  Breaking a leg is no insignificant matter – it is considered as an illness of the entire body.  It hurts him here, and he cannot sit down.  It hurts him there and he cannot stand up!  There is so much pain!’ There he sat and thought about what his son was experiencing.  Afterward, he emerged and said, ‘Now I truly feel the pain of my son – who broke his leg.’

If we wish to properly partake of the tzaar of Klal Yisroel – we must think about and ponder their pain – at the least, we must do so each day for some amount of time.  We must do so at least now during the time we are praying for a Jew who was moser nefesh in Soviet Russia.  We are asking for the Tefilah of someone who is partaking in his pain, a prayer from the depths of the heart.”

These were the words of the Mashgiach back then in 1984.  The same concept applies now to our brothers and sisters suffering from the pain of the Corona virus.

There is a family of three young ladies, who have just lost their father to this disease.  Their mother too has just been released after having been hospitalized with the Corona virus.  And some of them are now suffering from it as well in their homes.  We must daven for Klal Yisroel as if it we ourselves who are experiencing it.  We must imagine their pain and suffering – those who have lost a dear parent and who are very concerned about another parent..  Those who are making Yom Tov – while suffering from the disease as well – hoping and davening that it not progress further.

There is another family of nine children in Eretz Yisroel, in Binyamina.  The father is on a respirator.  The mother has COVID-19 as well and is with her newborn who also has it.  Two of the children have it as well.  And the other six are being taken care of by a 16 year old tzadaikes – a stranger who volunteered for the task.

So let’s add kavanah in our daily davening and tehillim for kol cholei amecha.