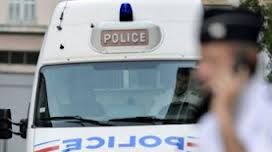 The Beit Chaya Mushka Chabad School in Marseilles, France was targeted by vandals. Damage to the building is reportedly extensive.

Chabad website report the damage was heavy and all windows were smashed in addition to significant damage to the inside of the building. HaMevaser reports police investigators on the scene stated it appears several people took part in the attack based on the amount of damage, adding the attackers must have worked in the building for hours. The report states the vandals did not leave anti-Semitic graffiti on the scene.

The attack was discovered when students and staff arrived in the morning. The children were sent home.

HaMevaser adds that the school was established to serve special needs children and due to its limited budget, it cannot afford round-the-clock security as should be the case.