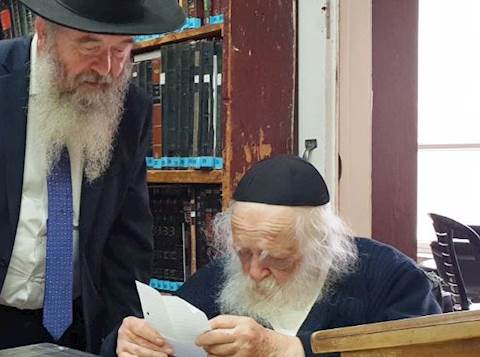 Dr. Meshulam Hart is a well-known and respected pediatrician in Bnei Brak and is also considered the doctor of gedolei Yisrael.

In the last month and a half, Dr. Hart has become known as the address for any medical information related to the coronavirus, B’Chadrei Chareidim reported. He was also asked by the Gedolei Hador to advise yeshivas and Talmudei Torah and ganim how to safely re-open and has published instructions on this topic for the public.

Since the coronavirus pandemic began spreading around the world, Dr. Hart has been receiving thousands of telephone calls every day from all over Israel and the world asking for his advice.

In light of how incredibly busy Dr. Hart has been in recent weeks, he asked HaRav Chaim Kanievsky a unique shaila. The shaila and the teshuvah was published in a weekly pamphlet that publishes Harav Chaim’s Torah.

“I have a set chavrusa in the afternoon every day on which I never concede,” Dr. Hart said. “We learn every day for at least an hour. However, in the past few weeks, the telephone rings every minute with people calling for advice. It’s gotten to the point where I can’t even learn one sentence in the Gemara.”

“I sent a shaila to Harav Chaim if I can shut off my phone at least while I learn…I’m also mechuyav in Talmud Torah.”

“Pay close attention to what Harav Chaim answered me,” said Dr. Hart. “I heard the answer myself by telephone. He heard the shaila, thought for a long while and then uttered one word: ‘Chessed.'”

“Zehu,” said Dr. Hart. “Doing chessed with Jews comes before learning Torah now. That word caused me to strive to answer every call possible and daven and plead with Hakadosh Baruch Hu that He should already bring a refuah shelimah l’cholei amcha.” 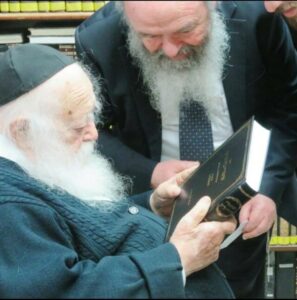