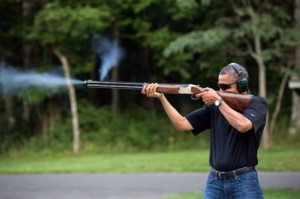 The White House is criticizing lawmakers who oppose legislation to tighten gun laws and says President Barack Obama is continuing to push the cause in the wake of the Washington Navy Yard shooting.

Carney said Obama “has not in the least hidden his displeasure and disappointment in Congress for its failure to pass legislation that’s supported by 80-90 percent of the American people.”

Although some Democrats voted in April against a measure that would have required background checks for sales online and at gun shows, Carney said the problem lies “overwhelmingly” with the Republican Party.