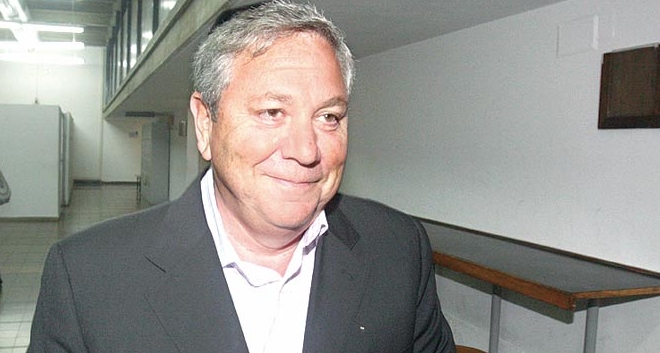 New York-based businessman Meir Gurvitz flew to Israel on Tuesday for a brief visit to hold meetings regarding his bid to acquire El Al, Globes reported. This is Gurvitz’s second visit to Israel to meet with El Al’s board.

In order to avoid the need to quarantine for two weeks upon arrival to Israel, Gurvitz held his meetings at Ben-Gurion airport and then flew back to the US.

Unlike Eli Rozenberg, who has bid $100 million for 45% ownership of El Al, Gurvitz is proposing a “friendly” purchase offer, in which he is willing to share ownership with Knafaim Holdings Ltd., the current controlling shareholder, which is a much more attractive offer to El Al than that of Rosenberg.

Sources close to Gurvitz said the meetings on Tuesday will “reshuffle the deck,” the Globes report said, apparently referring to his rivals’ bids. One of his rivals, Russian-Israeli businessman David Sapir, has also offered to share control of El Al, offering a bid for 38% ownership of the airline.

Sapir has received approval from El Al to obtain a $400 million loan from Deutsche Bank, which offered him better terms than Israeli banks. The Finance Ministry’s new plan for El Al, which involves El Al sharing its plan for a public offering with the government by Thursday and holding the public offering next week, allows for the government to back Sapir’s loan from a foreign bank.

Another factor regarding Gurvitz’s bid is the potential future of El Al regarding Shabbos observance. Chareidi media reports said that Gurvitz, who is frum, has received pressure from Rabbanim to not allow El Al to operate on Shabbos, which it currently does through its subsidiary Sun D’Or. However, it is unknown whether Gurvitz has made his bid conditional on Shabbos observance.

Rozenberg recently formed the Aviation Eagles Wings company in his bid to acquire El Al and appointed former US envoy to the Middle East Jason Greenblatt as his adviser. Rozenberg said that if he wins the bid, he will appoint Greenblatt to act as his personal representative on the El Al Board of Directives, Globes said.