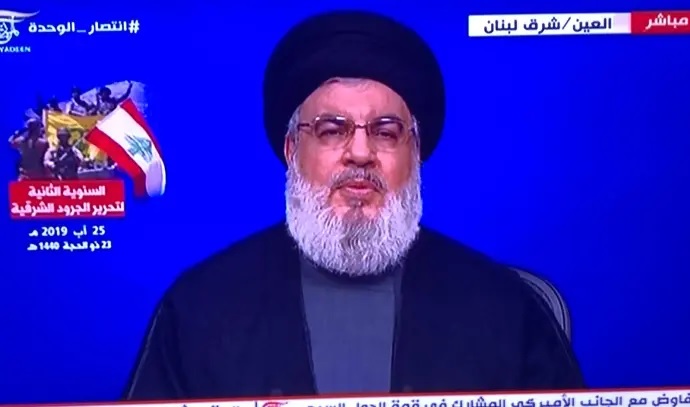 Hezbollah leader Hassan Nasrallah has stashed $1.6 billion in bank accounts outside Lebanon in case of an urgent need to flee Lebanon, a report by the Jordanian newspaper Al-Hadath said on Sunday, citing the Financial Action Task Force (FATF), the global money laundering and terrorist financing watchdog, The Jewish Press reported.

According to Al-Hadath, Nasrallah has been preparing for a “doomsday scenario” for years, and “according to information from various sources, the money earmarked to accomplish this disappearance is somewhat fraudulent, involving transferring large sums of money to accounts abroad that have been turned over to his family members and close associates.”

The money is diverted through a secret bank account at MEAB Bank in Beirut to Brazil and Paraguay in Latin America, Liberia in West Africa, and Hong Kong. Some of the funds remain in those locations but other funds are transferred back to Swiss bank accounts.

Money is also transferred on Middle East Airlines flights to Abidjan, Ivory Coast, and then transferred across the border to Liberia.

Hezbollah owns four companies – including real estate and import and export businesses – in Hong Kong, with one company managed by the Amhaz brothers, well-known Hezbollah financiers.

Unbelievably enough, a fourth company is located in the United States, established by Ashraf Safi El-Din, a lawyer with offices in Beirut and California who established business structures throughout the world that launder money for Hezbollah.

Safi El-Din transfers money through several US business he acquired, including one named  Premiere Equities and Investment Group Inc., and that money, in turn, is transferred in small sums to a bank account in Europe under the name Ashraf.