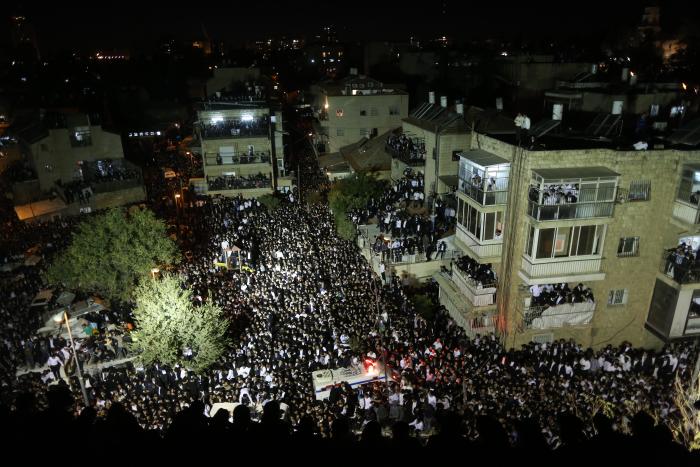 [THIS BLOG WILL BE UPDATED THROUGH THE DAY]

10:40PM IL: It is reported the kvura has ended. The question now remains just how police and the city’s transportation system will accommodate 800,000 to 1 million people. The dispersing of the tzibur is expected to continue for the coming hours as available buses simply cannot get into the area.

10:36PM IL: Magen David Adom Chief Eli Bir reports over 200 people have been treated. He expresses grave concerns over the reality there are hundreds of thousands of people blocking entire neighborhoods and questions how ambulances will be able to operate during the night to respond to emergencies unrelated to the levaya.

10:34PM IL: It appears the kvura is underway. Police do not have control of the swelling number of participants. Senior police commanders are trying to understand how the public transportation in the city is going to accommodate the hundreds of thousands of people who will be seeking ways out of the city, back to their home communities.

10:25PM IL: The chevra kadisha van is now about 10 meters from the kever and officials have been trying, albeit without success, to open the van doors. The crowd is swelling and efforts by border police to make way to open the van have not been successful. Police are beginning to use force and the crowd is heating up.

Simply stated, despite the aggressiveness of police there is nowhere for people to move. The tzibur around the van is beginning to get physical and one can only hope the end stage of the levaya remains respectful.

10:22PM IL: Unofficial reports of the levaya range from 800,000 to 1 million participants. Police are calling it the largest levaya in the state’s history. The chevra kadisha van is at the gate of the beis hachaim as police are trying to move the levaya along.

10:00PM IL: While final numbers are not in, Israel Police are already calling tonight’s levaya the largest in the history of the State of Israel. Some are pointing out about 1 in every 10 residents of the nation is in attendance. YWN notes that this is the largest Levaya in Jewish recorded history.

8:52PM IL: Ichud Hatzalah reports treating 87 people at the levaya, including some that fainted.

8:39PM IL: Over 60 people treated by emergency medical services at the levaya.

8:23PM IL: Ichud Hatzalah reports that B’chasdei H-Shem there is no reports of injuries due to the collapse of a portion of a building near Yeshivat Porat Yosef.

8:21PM IL: Many mispallalim have been in the area of the kever of Rebitzen Margalit Yosef, where they have been reciting tefilos during the past hours. 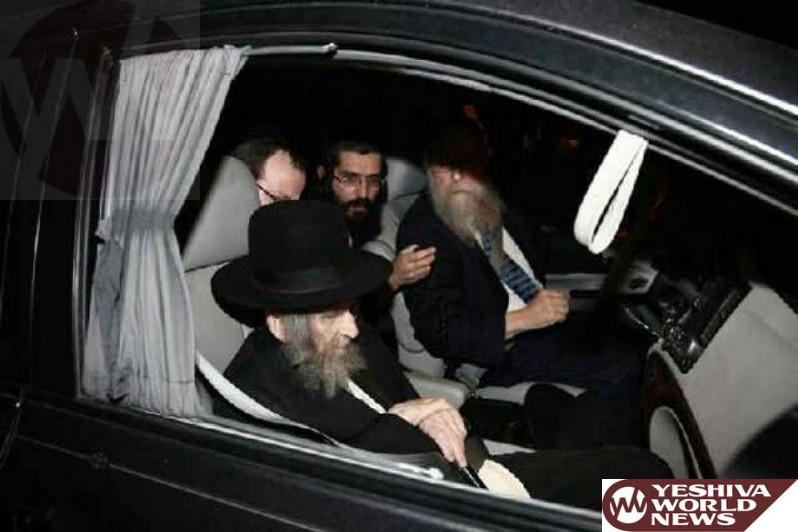 8:18PM IL: The levaya is now making its way from Porat Yosef towards Sanhedria. A wall or balcony near the yeshiva seems to have collapsed. At present there is no immediate report of injuries.

8:04PM IL: Israel Police Chief Yochanan Danino has just made another appeal, citing the situation at the levaya is pikuach nefesh, pleading with participants to get off of buildings rooftops and balconies.

8:02PM IL: Now reporting 600,000 at the levaya as many still making their way. Yerushalayim is locked down as are all approach roads to the capital.

7:22PM IL: Israel Police spokesman Shmulik Ben-Ruby confirms the levaya has passed the half million mark. Police are trying to maintain a semblance of order but areas, including around the chevra kadisha van, are out of control simply because there are too many people and nowhere for anyone to go.

In the meantime, buses continue to make their way to the capital for the levaya.

Rabbi David Yosef, a son of the niftar, is being maspid his father.

7:20PM IL: Rishon L’Tzion Rabbi Yitzchak Yosef, a son of the niftar, stated “The world of yesterday will not exist tomorrow. There is none other like Maran and there will not be any like him in the future.”

Aryeh Deri ordered the chevra kadisha vehicle to halt in the hope of stopping the momentum of the large crowd, which has police very concerned. The vehicle is surrounded by countless numbers of people taking part in the levaya. Police have no way to making order with so many people pressed into the narrow Geula street and surrounding area.

7:11PM IL: The levaya is now trying to leave Yeshivat Porat Yosef on its way to the Sanhedria Beis HaChaim.

7:05PM IL: Walla News now the levaya has passed the half million mark. Police are saying hundreds of thousands.

7:00PM IL: Rav Avraham Yosef in his hespid for his father said “Ohd Yosef Chai”, telling the tzibur that we must continue the Torah legacy of Maran ZATZAL. Rav Yisrael Meir Lau echoed these words.

6:54PM IL: Chief Rabbi of Holon Rabbi Avraham Yosef, a son of the niftar, is being maspid his father.

Ichud Hatzalah has treated at least 27 people at the levaya.

6:51PM IL: Israel Police Chief Yochanan Danino is now conferring with the Jerusalem police chief, discussing concerns of the growing number of people on balconies and rooftops. They are receiving reports from police choppers, warning of the imminent danger.

As a result of the endless traffic jams, many policemen assigned to the levaya detail from other districts are stuck in traffic and cannot make their way into the capital.

6:47PM IL: People are literally walking from every area of the city in the hope of making it in time to join up with the levaya of the gadol hador. Police have thousands of units working to maintain order. Traffic is at a virtual standstill on all roads heading into the capital for kilometers ahead of the city entrances. Police traffic cams show endless streams of vehicles, buses and vans stuck in traffic. In addition, many have parked vehicles on the shoulders of roads and begun walking to the levaya. 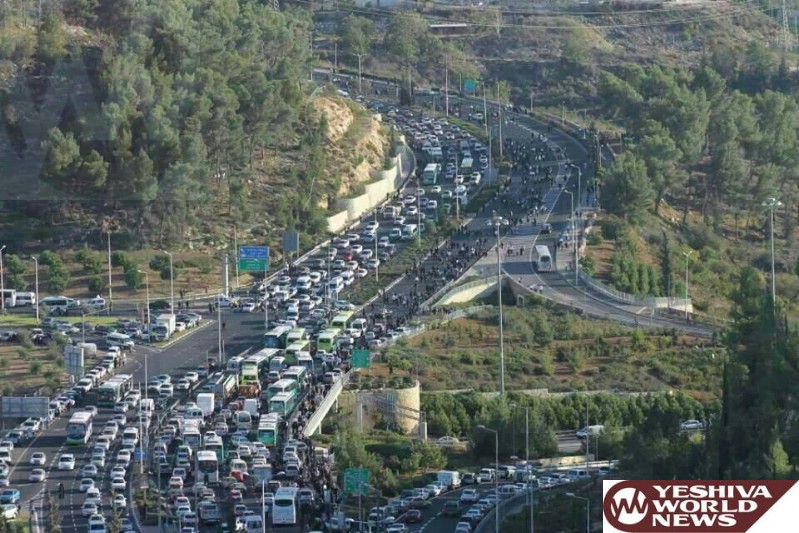 6:45 PM IL: HaGaon HaRav Shmuel Auerbach Shlita was maspid Maran HaGaon HaRav Chaim Ovadia Yosef ZT”L. He stated that his father told him as a child that there is a great person in Yeshivat Porat Yosef, referring to Maran ZT”L.

6:42PM IL: Magen David Adom has treated 27 people at the levaya of which 3 were transported. Police are still trying to get people off balconies and rooftops.

6:29PM IL: Aryeh Deri is calling on the large tzibur at Yeshivat Porat Yosef “I am begging you. Please begin heading to Sanhedria. We cannot begin the levaya. You are bringing tzar to the niftar”.

Both Rabbis Lau have finally made their way to the yeshiva building. 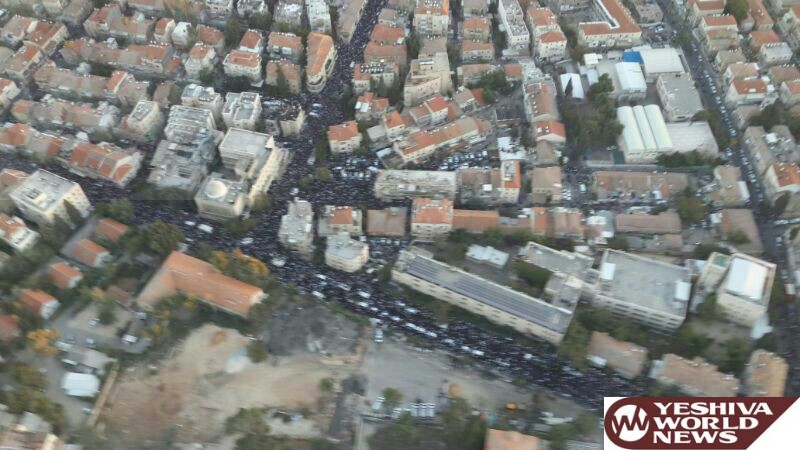 6:25PM IL: The Jerusalem Tel Aviv Highway in the direction of Yerushalayim is backed up for kilometers. Those lucky enough to make it into the capital are dropped off and thousands and thousands are trying to walk while the available space for pedestrians seems to be rapidly filling.

Police are concerned by the realization that if chas v’sholom any structure gives way, the result will be catastrophic.

Many riders are getting off buses standing in traffic on the highway approaches to the city and walking in the hope of making it to the levaya to give kovod to Maran HaGaon HaRav Chaim Ovadia Yosef ZT”L.

6:16PM IL: Ichud Hatzalah reports 27 people have been treated for bruises and light soft tissue injuries in the Porat Yosef area due to the pushing and shoving.

Dozens of Ichud Hatzalah ambucycles are patrolling the area of the levaya.

6:14PM IL: There does not seem to be any way to gain control of the large volume of people in the Porat Yosef area. Chief Rabbi of Israel David Lau and his father Tel Aviv Chief Rabbi Yisrael Meir Lau are in the crowd and are simply unable to get to the entrance to the building. 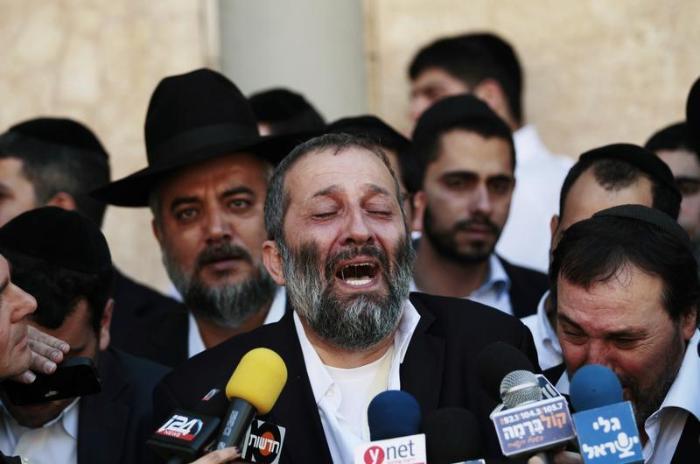 6:05PM IL: The aveilim, some of the sons of Maran HaGaon HaRav Chaim Ovadia Yosef ZT”L are trying to get into Yeshivat Porat Yosef but the large crowd is making this most difficult. Many predict that despite the few short hours since the gadol hador was niftar until the levaya, this may be the largest levaya in Israel to date as it appears well over 100,000 are already lining streets along the route.

Police continue to stress their fears over a structural collapse as countless numbers of people are seen on balconies and rooftops.

6:00PM IL: While the levaya for Maran ZATZAL has not yet begun, Jerusalem police have a chopper in the air and estimate some 100,000 people are lining the levaya route. There is a dangerous number of people on building rooftops and police are calling on them to get down before there is a building collapse chas v’sholom.