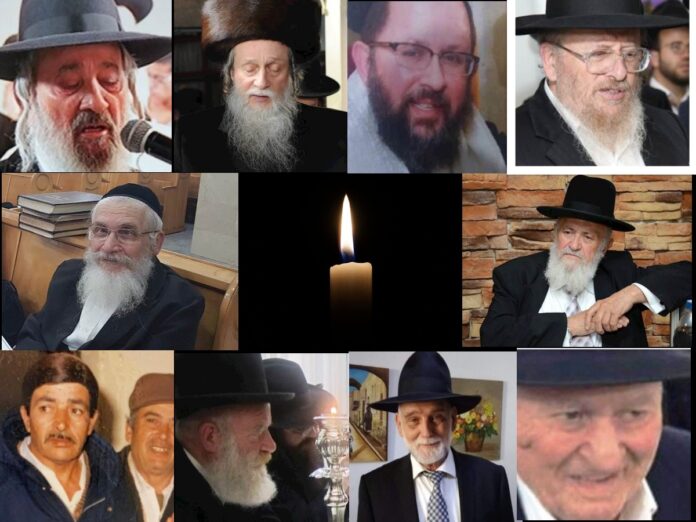 As YWN reported, at least 55 Chareidim in Israel passed away from the coronavirus in the past two weeks. The following are the names and pictures of some of the niftarim and short descriptions of their lives.

Reb Dovid Rosenteller, z’tl, a resident of the Ezras Torah neighborhood of Jerusalem was one of the most well-known ba’alei chessd in the city. He ran a large gemach, Tzidkas Yosef Naftali, together with his brother Rav Mordechai, z’tl, of Sanhedria Murchevet who passed away last year. He was known to assist everyone who turned to him with great kindness and humility.

Rav Rosenteller was hospitalized in Laniado Hospital in Netanya after testing positive for the coronavirus after Simchas Torah and passed away this week at the age of 72.

Rav Eliyahu Vaknin, z’l, was the owner of a famed furniture store in his home city of Elad but in recent years he let others manage the store while he sat and learned Torah. He tested positive for the coronavirus after Rosh Hashanah and was hospitalized in Beilinson Hospital in Petach Tikva. Unfortunately, his condition deteriorated and he passed away at the age of 52.

Reb Yaakov Rafael Batitio, z’l, of Bnei Brak, was known for his kvius b’Torah and tefillah and would arrive early to Shacharis every morning to learn beforehand, and remain long afterward to continue learning. He was known for his stringency in refraining from discussing divrei chul in shul but at the same time was known for his pleasant ways, never rebuking others sharply. 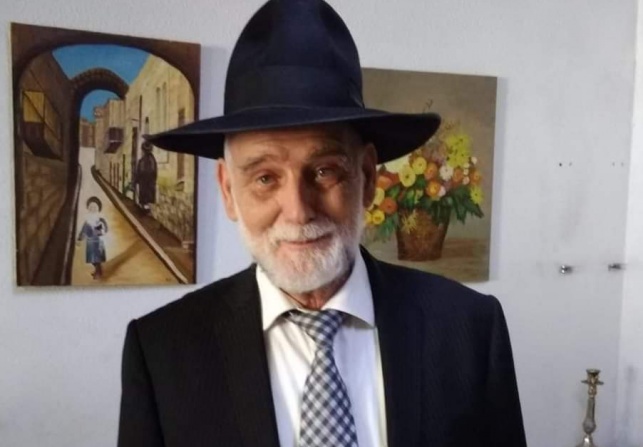 Reb Batitio contracted the coronavirus several months ago and went to a coronavirus hotel to recover. Unfortunately, his condition deteriorated while there and he was evacuated to Shaarei Tzedek Hospital where he remained critically ill for three months before passing away on Sunday.

Reb Mordechai Zeev Hirsch, z’l, one of the chashuve member of the Koidanov chassidus, was a tremendous Ba’al Tzedaka and was the first to be called in times of need. He loaned large amounts of money to whoever needed it and helped countless people with great anava. He spent hours in the Beis Medrash learning Torah and was mapkid to be one of the first ones present in the morning. He spent much time effort in the hiddur of the Beis Medrash neiros, buying mehudar olive oil and special glass cups and preparing them and lighting them each week on erev Shabbos for years. 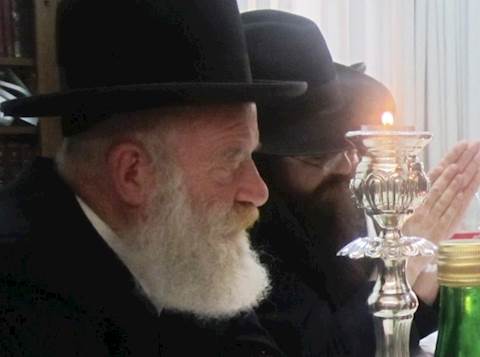 He contracted the coronavirus two weeks ago and was hospitalized at Beilinson Hospital in Petach Tikvah, where he passed away this week at the age of 78.

Rav Dovid Lindenfeld, z’l, a Kretshnif chassid who resided in Bnei Brak, was kovea itim l’Torah his entire life, either sitting and learning with chavrusas or listening to shiurim for countless hours at the Itzkowitz shul near his home.

After contracting the coronavirus on Rosh Hashanah, he was hospitalized in Mayanei HaYeshua Hospital and was sedated and ventilated. Late last week, his condition improved and he was even weaned off the ventilator but unfortunately, his condition deteriorated again on Monday morning and he passed away later that day at the age of 71.

Hagaon HaRav Yaakov Yitzchak Moskovitz, z’tl, was a mashpiah and mechaneich for dozens of years in Bobov, Satmar and Bresolov yeshivos and influenced thousands of talmidim. His house was open to all and thousands of people flocked to him over the years for advice and assistance.

HaRav Moscowitz traveled to the United States a few days before Yom Kippur and he contracted the coronavirus there. Unfortunately, his condition progressively worsened and he passed away on Motzei Shabbos at the age of 69.

Shimon, z’l, and Yamin Buzgalo, z’l, are brothers who passed away within an hour of each other in Assuta Hospital in Ashdod on Shabbos at the ages of 84 and 89. The two contracted the coronavirus and were hospitalized in adjoining rooms. On Shabbos afternoon, the condition of both brothers deteriorated and they passed away.

Mrs. Channa Gittel Lazar, z’l, was born in Argentina. After her marriage to HaRav Moshe Aryeh Lazar, the Rosh Hakahal of the Makova chassidus in Bnei Brak, and one of the close students of HaGoan HaRav Shmuel Wosner, z’tl, she moved to Israel. Throughout her marriage, she was moiser nefesh for her husband’s Torah learning and the chinuch of her children. She recently contracted the coronavirus and sadly passed away on Shabbos at the age of 69.