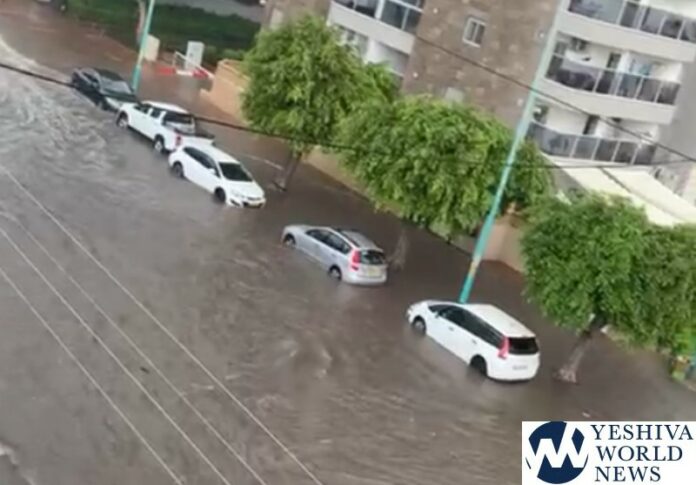 Due to the major rainstorm that struck Israel on Tuesday night and carried on through most of Wednesday, rescue teams were busy in numerous coastal cities aiding people who got stuck due to floods that washed out various neighborhoods.

United Hatzalah reported that numerous streets in the coastal city of Ashdod flooded on Wednesday morning causing a series of emergencies throughout the city. According to a statement made by the organization, volunteers responded to emergency calls in various neighborhoods that included people being trapped in elevators, people who were trapped in their cars, and a few light injuries due to people slipping and falling on the streets.

The basement of one residential building was completely flooded and required rescue teams to search the premises for anyone stuck inside. After hours of searching, rescue teams determined that no one was trapped in the basement, and the incident ended without any casualties.

However, in a different section of the city, a couple was taken to the hospital suffering from mild hypothermia after being trapped in a flooded car.

In Ness Ziona, lightning struck a tree near a school that started a fire. Firefighters working together with teams from the municipality were able to control the fire.

Flooding caused traffic lights to malfunction near Yagur junction and opened a sinkhole in a road in Bnei Brak.

Near Zichron Ya’acov, trees fell and blocked Highway 653. Vehicles were stuck in floods and mud in multiple places across the country.

In Hadera, residents were rescued from buildings and cars in 15 different locations. In one incident a minibus full of people was stuck in a flooded street, and firefighters rescued the passengers by using a rubber inflatable boat.

In Rehovot, a Charedi man was rescued from a flooded street by a front loader. He was carried in the bucket of the construction vehicle to an area beyond the floodwaters. 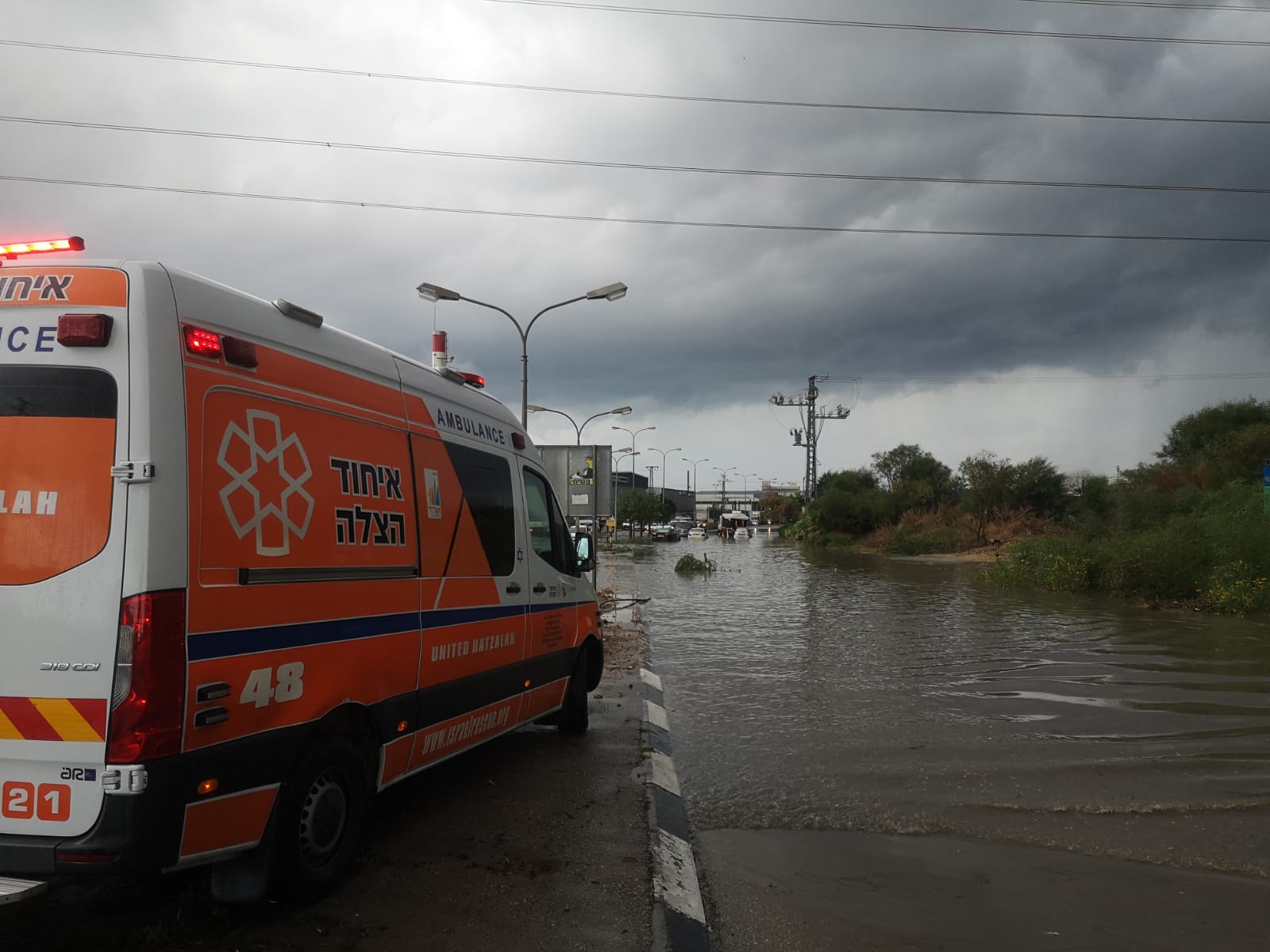