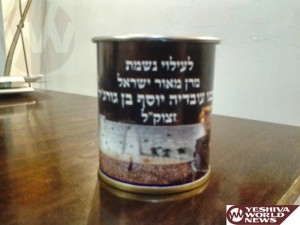 For those who feel the Shas party is capitalizing on the petira of Maran HaGaon HaRav Ovadia Yosef ZT”L, add this to the list. In the hope of gaining additional votes in Tuesday’s 18 Cheshvan 5774 municipal elections, Shas has ordered two million Yahrzeit candles to distribute nationwide.

As one can see from the photos, the candles say “in memory of Maran HaGaon HaRav Ovadia Yosef ZT”L”, as well as displaying the party name/logo. It also says לאורו נלך”” and bears of photo of the late gadol. Using phone volunteers and a pyramid distribution system, tens of thousands of people if not more are involved in distributing the candles nationwide by Election Day.

Hiddush organization’s Uri Regev accuses Shas of violating election law and the organization is doing what it can to stop distribution. Hiddush calls on Attorney General Yehuda Weinstein to file charges against responsible Shas officials. 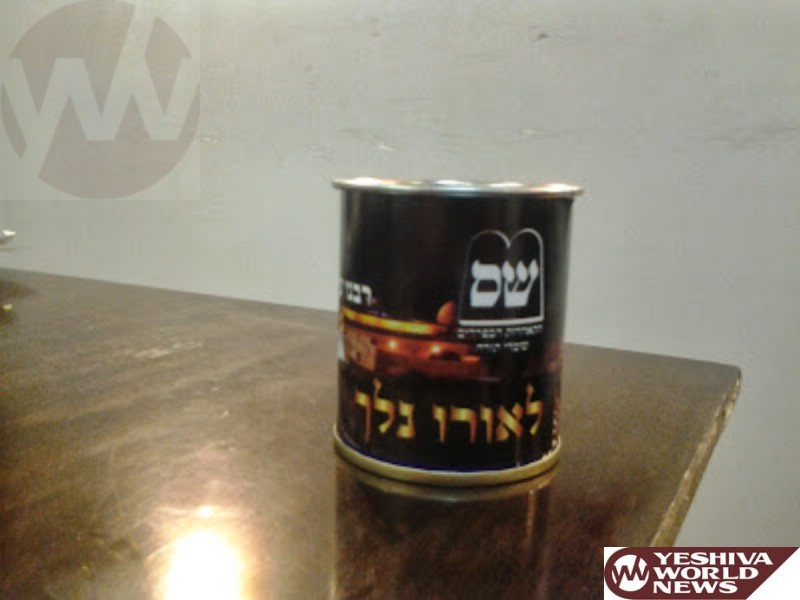