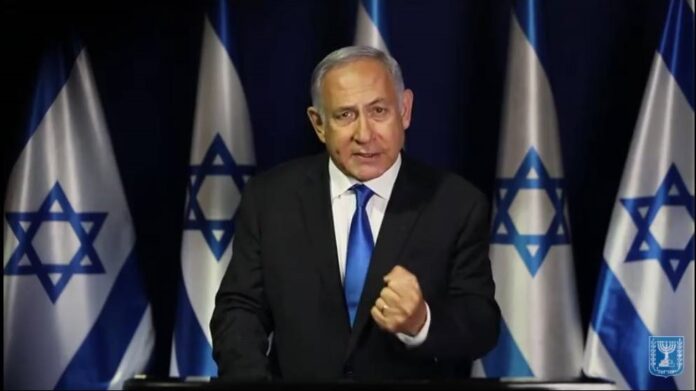 Prime Minister Binyamin Netanyahu responded on Motzei Shabbos to the decision of the International Criminal Court’s (ICC) on Friday to investigate Israel for alleged “war crimes.”

“When the ICC investigates Israel for fake war crimes – this is pure anti-Semitism,” Netanyahu said. “The court established to prevent atrocities like the Nazi Holocaust against the Jewish people is now targeting the one state of the Jewish people.”

“First, it outrageously claims that when Jews live in our homeland, this is a war crime. Second, it claims that when democratic Israel defends itself against terrorists who murder our children and rocket our cities – we are committing another war crime.”

“Yet the ICC refuses to investigate brutal dictatorships like Iran and Syria, who commit horrific atrocities almost daily.

“As Prime Minister of Israel, I can assure you this: We will fight this perversion of justice with all our might.”

The IDF also responded to the ICC’s decision. “The IDF and the Chief of the General Staff regret the decision of the International Criminal Court,” the IDF stated. “The State of Israel’s position is that this is a biased and prejudiced decision which steps beyond the ICC’s jurisdiction.”

“The IDF has determinedly defended and will continue to defend, the security of Israel and its citizens in the face of every threat, while adhering fully to the IDF Code of Ethics, the values of the IDF, and national and international law.

“The IDF fully supports and will continue to support its soldiers in active and reserve service, who courageously and devotedly act to safeguard and protect the State of Israel and its citizens,” the official statement added, emphasizing that, “the IDF is ready to provide all and any support and assistance which may be required by its soldiers and commanders.”