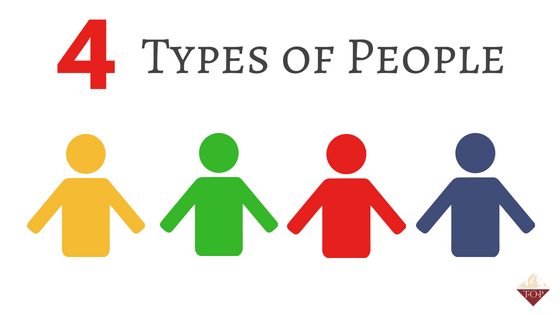 The Michtav M’Eliyahu writes that the best way to form a relationship is to give. When you give, you develop your ahavas Yisrael to that other person, and eventually to others. Mordechai and his beis din enacted that on the day of Purim each person must send a gift of at least two portions of food to a friend. This is seen from the verse in Megillas Esther, “U’mishloach manos ish l’rei’eihu.”

The mitzvah is to send two different foods. The two foods may certainly have the same berachah; there is no requirement the two different food items to have two separate berachos. This is one of the biggest misconceptions in hilchos Purim.

No Cutting in Half

There is an issue, however, of taking one food item and cutting it in half into two slices. The Aruch HaShulchan (O.C. 695:14) writes that “just because one cut it in half it should be considered two foods?” Perhaps it is this statement of the Aruch HaShulchan that has caused the two-blessings myth to exist. If someone sends another two pieces of meat from two different limbs that tastes slightly different, this is considered two foods (Mikraei Kodesh, Siman 38).

The parameters of what constitutes two different foods have been delineated by the poskim. Rav Shlomo Miller, shlita, has ruled that one piece of roasted chicken and one piece of boiled chicken are considered two minim, but two different pieces of chicken prepared the same way, such as one top piece and one bottom piece are considered one min, one type of food (See Sefer Shoshanas Yisrael cited by Rabbi Moshe Friedman).

Similarly, a mixed vegetable salad is considered one type of food only, while cut-up vegetables to be mixed into a salad are considered two minim.

A sandwich or hamburger in a bun is one min. This is even if it has two all-beef patties, special sauce, lettuce, pareve cheese, pickles, and onions on a sesame-seed bun. The same would be true with a hotdog in a bun. What about the thousand-dollar Doma sandwich discussed in a previous article? That would be one min.

What is the reason behind the mitzvah of mishloach manos? Two reasons are brought down. The Terumas HaDeshen (Siman 111) writes that it is to ensure that the recipients not run out of food items to serve for their meals.

The Manos HaLevi on Megillas Esther (9:19), written by Rav Shlomo Alkabetz and cited by the Chasam Sofer, writes an altogether different reason: to increase peace and brotherly love. This is the opposite of the characterization of the Jewish people by Haman as a nation that is “mefuzar u’mefurad,” spread and standing apart on account of internal arguments.

Rav Alexander Ziskind of Grodno was one of the only two individuals who ever received an approbation on a sefer from the Vilna Gaon himself. In his sefer, Yesod V’Shoresh HaAvodah, he includes a preamble that one should recite before fulfilling the mitzvah of mishloach manos. Translated from the Hebrew text, it’s “For the unification of the Name of the Holy One Blessed be He, I am hereby prepared and ready to fulfill the positive mitzvah of the sages of “u’mishloach manos one to the other.”

When performing the mitzvah, one should not just perform it perfunctorily, but should focus on the qualities of the recipient and place within his heart a strong love for his fellow man. He should intend to honor him and to strengthen his inner joy with this package manos.

Men and women are both included in this mitzvah. The halachah is that men send to men, and women send to women. Women are obligated in the mitzvah because, according to the Mishnah Berurah, they, too, were involved in the miracle. A child should be instructed to fulfill the mitzvah just as one instructs a child to fulfill all the other mitzvos. The child may send to another child, as the other child is considered his or her peer.

Another little-known halachah about mishloach manos is found in an esoteric Biur Halachah (written by the Chofetz Chaim) in Orach Chaim 695. He writes that the Chayei Adam has proved from a passage in the Talmud Yerushalmi that if one sends a Purim package to a wealthy individual, the package must be a respectable one.

Thus, one should not send something below the kavod of the recipient. The poskim have ruled that a lollipop is not considered chashuv for an adult, nor is a bottle of Poland Spring water or seltzer. To fulfill the mitzvah, the portions must convey sufficient regard for the recipient.

Wealth Of The Giver And Of The Recipient

Getting back to the “respectable package” for the wealthy, the Biur Halachah writes that the Ritva’s comment on his version of the Talmud Bavli agrees with the Chayei Adam. A careful reading of the Ritva, however, reveals that the Ritva and Chayei Adam are not exactly the same. Both of them require an upgraded Purim package on account of wealth; of that there is no question. However, the Ritva’s requirement is of the wealth of the giver—not the recipient. According to the Ritva, if the giver is very wealthy, his package must reflect that as well and he cannot fulfill the mitzvah with a meager package. Since the Biur Halachah quotes both the Chayei Adam and the Ritva, both would seem to be authoritative.

Therefore, one should not send something below the kavod of the giver or the recipient.

Nature Of The Package

The mitzvah is fulfilled only with foods that are immediately edible or drinkable. The Magen Avraham, Vilna Gaon, and Chayei Adam hold this way. The Pri Chadash is lenient. We rule in accordance with the former view.

An item that requires further cooking or preparation may be added, but two immediately usable foods must be included, too. It is praiseworthy to send portions to as many friends as possible. It is better, however, to give more matanos la’evyonim than to give more mishloach manos to friends.

Virtually all the poskim rule that a goy or a child may be a shaliach for mishloach manos. Rabbi Akiva Eiger, zt’l, was unsure of this, however.

Does sending money to buy food or sending a gift certificate for a restaurant work? Some Acharonim hold that it does, but many hold it does not. The language of the Rambam (Hilchos Megillah, Chapter 2) seems to indicate that it must be real food and not a gift certificate or money.

What if a package is prepared and the recipient responds with a “No, thank you?” Has the sender fulfilled the mitzvah in such a case? According to the Terumas HaDeshen it would seem not; according to the second opinion he very well might. It is interesting to note that the Rema in O.C. 695 writes that one has fulfilled the mitzvah. The Pri Chadash questions this position and does not understand it. Our aforementioned Chasam Sofer answers the dilemma by suggesting that the Rema holds like the Manos HaLevi. Perhaps one can point out, however, that even according to the Manos HaLevi, the full effect of the mishloach manos has not been achieved. Peace and brotherly love is a two-way street, and the giver doesn’t necessarily feel so good if his gift is refused. So how can the Rema be understood? It is only if the recipient responds gently, “Don’t worry about it; you don’t need to actually give it to me.” Rav Ovadia Yosef, zt’l, however, holds that Sephardim should not rely on this Rema and should send the mishloach manos to someone else.

Does the recipient have to know who sent it, or does anonymity work? The Ksav Sofer (responsum O.C. #141) relates the issue to the two reasons mentioned above. He recommends that one be stringent and avoid anonymity. Rav Elyashiv, zt’l, ruled that one does not fulfill the mitzvah with anonymity.

What happens if the mishloach manos that you had sent got lost or stolen? The Birchei Yosef writes that one must send it again.

May one fulfill the mitzvah by sending to a child? The verse in the Megillah uses the term “U’mishloach manos ish l’rei’eihu—and the sending of portions each man to his peer.” The Aruch HaShulchan permits it and considers a child a “peer.” Other poskim disagree with the Aruch HaShulchan. It is, therefore, better to send it to an adult.

What about sending shalach manos to a mourner? The Rema states that one should not send during the entire 12 months of mourning. This halachah is true for Ashkenazim. Sephardim, however, can receive mishloach manos during mourning. The mourner, however, should send to one person, but should avoid sending items that arouse great joy. One may send to the spouse of a mourner. The Divrei Malkiel (Vol. V) writes that one may send to one’s teacher even if he is a mourner because this is considered similar to a payment of an obligation.

Should at least two of the food items be wrapped separately or in two different containers? Some authorities (the Ben Ish Chai) hold that if they are sent together then the container itself may make it as if it is one food. Thus, Raisin Bran would only be considered one food item unless one separated the raisins from the cereal into two plastic baggies. Others (Sheim M’Shimshon, O.C. #31) write that the container does not make it into one food.

When should the mishloach manos package be given? It must be given in the daytime and not at night. The mitzvah should also be fulfilled, ideally, before one begins the Purim seudah.

What about the school and shul? Schools and shuls often send out a flyer and request you to participate in their mishloach manos program. While this idea is fantastic in terms of reducing the waste and excess in mishloach manos giving, the givers should be aware that one cannot and does not fulfill the actual mitzvah with this form of giving. Many people are unaware of this fact.

Other Rulings Of Rav Shlomo Miller

One still fulfills the mitzvah of mishloach manos if one did not have in mind to fulfill the mitzvah and just gave over the package to the recipient without thinking.

If the recipient of the package was not aware that he or she has received it until after Purim, the sender has still fulfilled the mitzvah.

One may send a package to a non-religious Jew, even though a berachah will not be recited on it. [This author, however, recommends that actual ha’motzi products not be sent. See this author’s sefer titled Misguiding the Perplexed: The Halachos of Lifnei Iver.]

A groom may be lenient and send mishloach manos to his kallah. It does not violate the halachos of creating a possible pre-marriage.

If a shliach had delivered it before Purim and it was not eaten until Purim, the person has fulfilled the mitzvah. (The author recommends that a note be affixed to the package that states “Do not eat before Purim.”)

If someone baked a shiur of challah even though she meant to send smaller cakes to a number of individuals, a berachah on taking off challah is recited.

Rav Miller ruled that a sender may tovel a dish with a berachah when he or she sends a food that requires a dish, such as applesauce. However, when sending a candy dish where the candies in it are wrapped, a berachah is not recited on the tevilah.