Yahadus HaTorah (United Torah Judaism), the Chareidi Ashkenazi party in Israel, is known for their catchy jingles they create anew for every election every few months – a considerable feat considering how many new jingles they had to come up with over the past year.

The song hones in on the message that Chareidim in Israel should vote for UTJ because it’s the party that puts Hashem and His Torah at the forefront and is supported by the Gedolim. 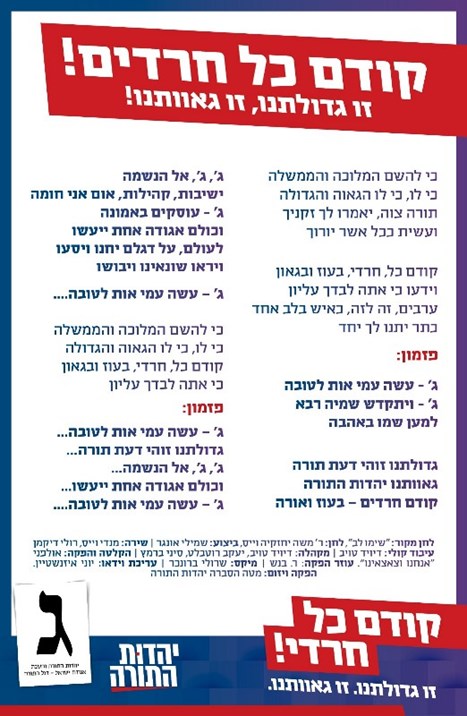